Question the Queen City: The historic Wearn House can still be saved

You've covered the Richard Wearn House both here and on a WSOC news report I saw last year. I know much of the property was razed to make way for a housing development, but I see the Wearn House is still intact. Will it be razed, too? - Elaine Edwards, Mint Hill, N.C. 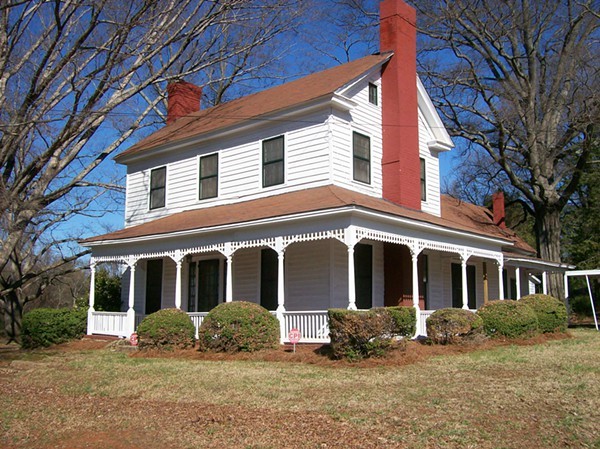 For those who have just joined the conversation, I'll quickly recap the story of the Richard Wearn House. Construction finished on the pre-Civil War home in 1844. It started life as a log cabin and evolved into a wood-plank federal-style farmhouse that was later Victorianized with the addition of period-appropriate latticework and a wrap-around porch.

One of the oldest structures remaining in all of Charlotte, it is important for a number of reasons. Builder Richard Wearn spearheaded the Charlotte gold rush, the first in the country. The house was built prior to the abolition of slavery, so it serves as an example of an important time in history for both black and white Charlotteans, reminding us of the unimaginable struggles faced at the time. For nearly 100 years, it was part of the Hayes estate, a massive piece of property that stretched from what is Freedom Drive to Tuckaseegee Road and beyond, and was a nursery, providing ornamental plant life for many of the city's most important sites.

The Wearn House has been teetering on the edge of the chopping block since the 1980s, when the last member of the Hayes family moved away from the property and into a care facility, where he died in 2006. The house was sold at auction the following year, to Magnolia Acres LLC.

I attended that auction and can still hear the words of one potential buyer ringing in my ears now, eight years later.

"Looks like a tear-down to me," he said flatly. I looked at him in shock and responded sharply: "I don't suppose you have any idea what the history is behind this house, do you?" He shrugged and walked away, oblivious and disinterested.

The phrase tear-down would later come back to haunt me.

Less than two miles away, near the corner of Tuckaseegee and Little Rock, stood a similar two-story, late-19th century farmhouse. 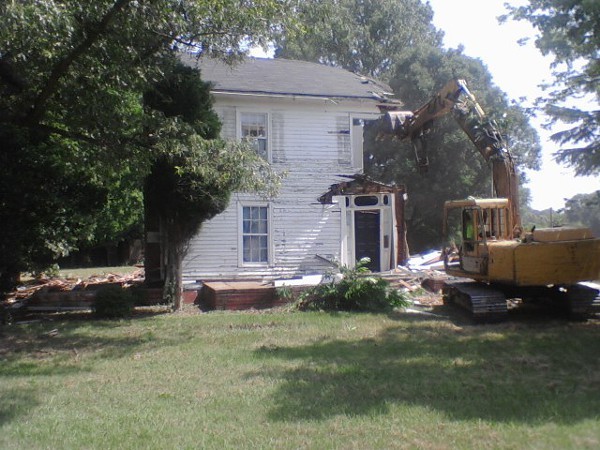 It wasn't as old as the Wearn House, but it had survived for over a century and was a fine example of federal-style architecture. Inside the two-story house were secret passageways hidden behind oak panels in closets. A huge living room boasted an ornate fireplace. On one end was a screened in day porch, the other a glassed-in sunroom. The house was for sale for many years, but a buyer was never found. Other than exploring it on a few occasions, I never took the time to learn the story behind the owners, other than it was built by the grandparents of the son, who was trying to sell the property. I still cringe today when I recall driving by the house and catching it in a state of half "tear-down."

No one stood up as an advocate for that home. I should have done more. The property is still for sale, nothing more than a field of grass.

But it isn't too late to save the Wearn House.

Magnolia Acres finally began construction on a subdivision (of the same name), but left the Wearn House and one of the barns completely intact, sitting on a 1-acre lot. They have offered the Charlotte-Mecklenburg Historic Landmarks Commission an option to purchase the property at an extremely reasonable rate.

"We had the structure inspected, and It's actually in very stable condition," says Dan Morrill, who has served as consulting director of the commission since 1974. "If we can find a buyer, or [an] organization that wants to restore the property, we hope to move ahead with its preservation."

As I indicated when I first wrote about this house in 2012, I feel it could serve as a museum, paying homage to Charlotte's westside and the shared culture and artistry of the many working class black and white people that have called the area home. A family capable of following preservation guidelines for historic homes could even move in.

Help us preserve what we have left. If you're interested in knowing more, contact me at the email address listed above.