In less capable hands, the idea of two frontwomen dressing alike with similar hairstyles might come across as a gimmick. With Lucius, the visual similarities take a backseat to the band's talents. Wearing black dresses and white tights that complimented their platinum blonde hairstyles, singers/multi-instrumentalists Jess Wolfe and Holly Laessig took the stage and immediately impressed with harmonies so tight it sounded more like one singer than two.

Sandwiched on this night between the bar-band fuzz-pop of The Courtneys and the polished pop-rock of Tegan and Sara, Lucius was a stunning breath of fresh air.

It's one of the beauties of Lucius' style - you never hear an individual sing. At times sounding like a girl group ("Nothing Ordinary"), other times sounding like a '50s doo-wop revival ("Turn It Around"), Lucius' vocals give plenty of depth to the lyrics while a trio of bandmates teeters between sparse accompaniment and whirling rushes of percussion. Each of the band's five members has some kind of drum near them, providing as much thunder as needed in a given moment.

Wolfe and Laessig found plenty of time to hammer on the drums next to them, providing added bounces of energy when needed in the group's short-but-sweet seven-song set that left many in the crowd wanting more. 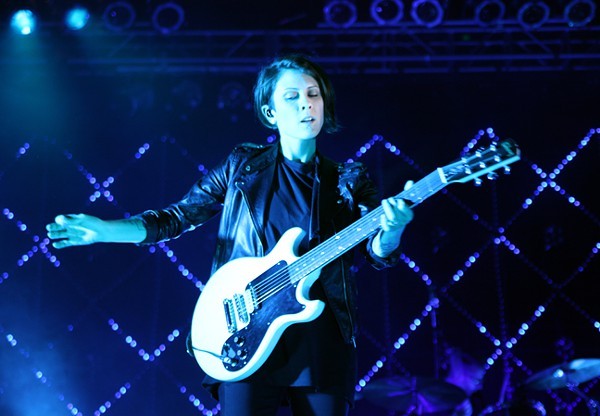 Focus on Lucius isn't to diminish the talent and ability of Tegan and Sara who had the entire venue singing along to every song and laughing at every story told. There's an expected quality, maturity and ability from a group that's been around for nearly two decades and Tegan and Sara didn't disappoint with more than 20 songs played. It was more of the unexpected talent of Lucius that left a lasting memory with this attendee. 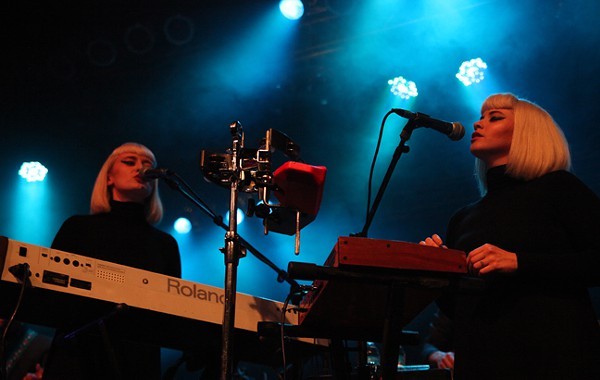 Tegan and Sara setlist
Back In Your Head
The Con
Walking with a Ghost
Monday Monday Monday
Goodbye, Goodbye
I Couldn't Be Your Friend
Now I'm All Messed Up
I Was a Fool
Sentimental Tune
Alligator
On Directing
Nineteen
I'm Not Your Hero
Feel It In My Bones
Shock to Your System
How Come You Don't Want Me
Drove Me Wild
Closer