More than 60,000 people celebrated the fourth year of Carolina Rebellion on May 3 and 4, 2014, at Charlotte Motor Speedway. Headlined by Kid Rock and Avenged Sevenfold, the event brought plenty of heavy rock acts to two main stages. While rain shut down much of the second day last year, the weather this time around was perfect - high 70s and low 80s with plenty of sunshine.

With so many performers spread out over two days, I thought it would be best to hand out a variety of "awards" to spotlight some of the weekend's best, interesting and odd moments. Scroll down for a gallery of some the crazy crowdsurfers seen over the weekend, too.

BEST MAKEOVER - Hellyeah's Chad Gray
The last time he was in Charlotte, Hellyeah singer Chad Gray had long brown hair. This time around, he looked more like he did in his Mudvayne days with a bright red mohawk and goatee.

BEST NEW BAND - Nothing More
They were just in Charlotte to open for Chevelle at the Fillmore last week, but Nothing More's performance at Carolina Rebellion was inspired and enthralling. From the opening notes, singer Jonny Hawkins presented an intensity not often seen on stage, fronting the band's unique brand of heavy rock that stood out amongst the nearly 30 bands performing this weekend. He hammered away on an auxiliary drum kit, stood on top of the kit and even helped out during a three-man bass-driven instrumental. This is the band people are going to be talking about for some time.

MOST SURPRISING REACTION - Five Finger Death Punch fans
Five Finger Death Punch singer Ivan Moody talked to the crowd about a few of the bands who played this weekend, and each one received a round of cheers. But when he reminded them of the only performer left to go on stage, Kid Rock, the cheers turned into boos. 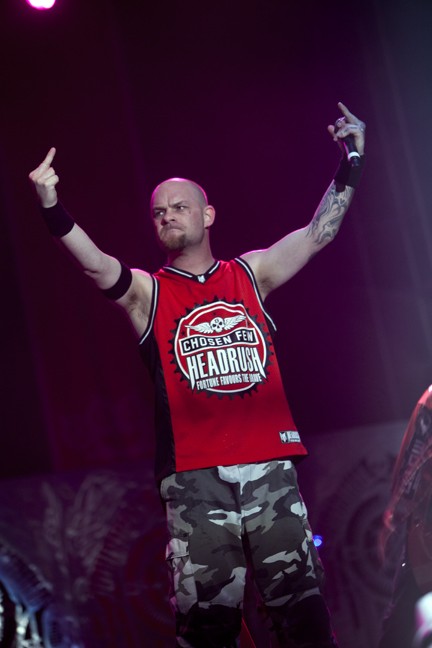 BEST LOANER FROM VEGAS - Fozzy's Chris Jericho
When Fozzy frontman Chris Jericho took the side stage, his light-up jacket, which changed colors, was something more expected at a Vegas show than Carolina Rebellion.

BEST SHUT UP AND SHRED - Black Label Society
There was a good bit of guitarsturbation going on this weekend, but when it came to Black Label Society, frontman/guitarist Zakk Wylde simply let his guitar do the talking. It's one thing to show off, it's another animal entirely to watch one of rock's best guitarists light up the fretboard. 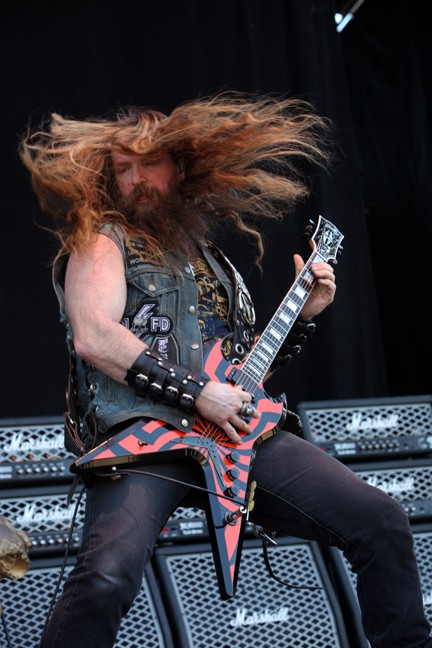 BEST MICROPHONE STAND - Rob Zombie
During the weekend, there were skulls on some band's, another one looked like a spine ... but Rob Zombie's creepy-as-fuck microphone stand was easily the winner. 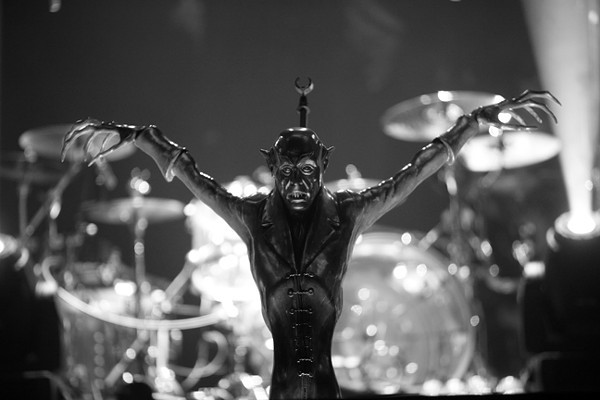 BEST USE OF FRINGE - Rob Zombie
With his long hair and beard and a jacket full of fringe, Rob Zombie spent a good portion of his set looking like he was wearing some kind of horror movie ghillie suit.

BEST "HE'S STILL GOT IT" - Anthrax's Scott Ian
His goatee might be gray, but 50-year-old guitarist Scott Ian can still dance, jump and play guitar with the best of 'em. 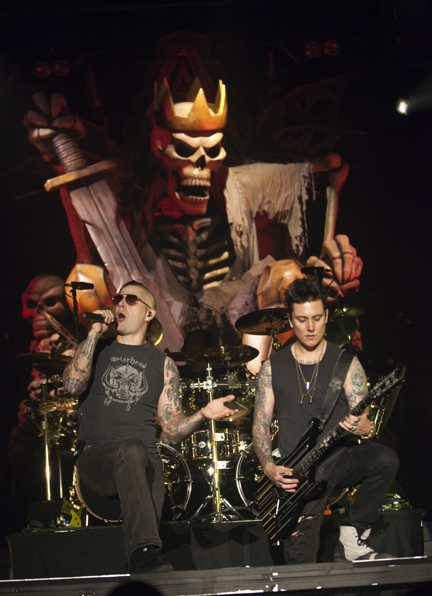 BEST PERFORMER - Kid Rock
People love to hate on him, but if there's one person who always looks like he's having a great time, it has to be Kid Rock. The guy's a showman, plain and simple. He tosses his mic around, jumps on a whim and never looks like he's bored, tired or would rather be someplace else.

BEST CROWD ENCOURAGEMENT - Adelita's Way's Rick DeJesus
Adelita's Way singer Rick DeJesus who told the crowd, "Let's see how many of you can make it to the front of the stage to say hello!" That was all the encouragement needed for dozens of people to crowd surf during every set this weekend. Here's a look at some of them: 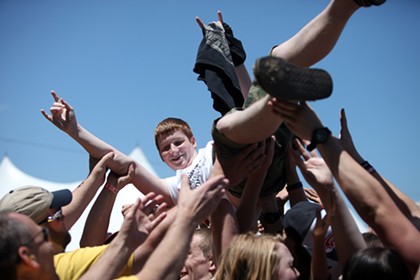 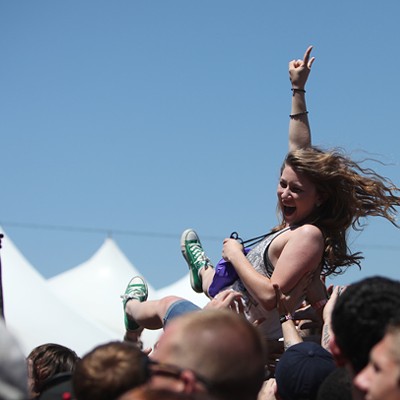 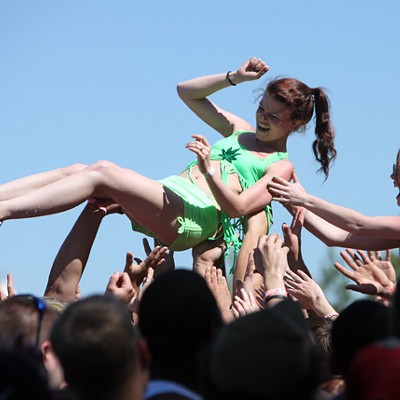