Local musician Chris Peigler, 50, died on Wednesday morning after complications related to the flu during his recovery from recent surgery. Peigler, a member of bands including The Rogue Nations and My So Called Band, was a fixture on the Charlotte music scene for decades. 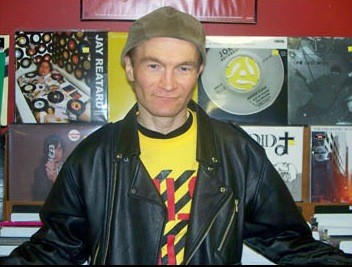 Comments flooded Facebook this morning after news of Peigler's passing began to spread through social media. Many friends commending Peigler not only for his contributions to the music scene but also for his never-ending support of new bands and budding musicians.

Peigler's amiable personality and laid-back, humble attitude about his own music shone through whenever I had a chance to talk with him. "Here's some of my music," Peigler said to me a couple years back, handing me a Rogue Nations CD and 7" single. "I appreciate what you do and know you can't review everything you get. You don't need to review it, just give it a listen."

Though he would send me his band's music or mention upcoming gigs to me, he would always make sure to mention other bands I should check out or comment about the band we were both watching on stage. His presence will be missed in venues across town.

Tremont Music Hall is currently working to create a Chris Peigler Fest in the near future.

A funeral service for Peigler will be held 3 p.m. Saturday, Jan. 11, 2014, at Wilkinson Funeral Home Chapel. The family will receive friends from 2-3 p.m. prior to the service. Burial will follow at Oakwood Cemetery.