Ken Langone, the Catholic billionaire who founded Home Depot, is unhappy about some of Pope Francis' recent comments regarding "unfettered capitalism," income inequality and the idolatry of money. Langone, a major GOP donor, is raising money for the restoration of St. Patrick's Cathedral in New York. Recently he met with Cardinal Timothy Dolan to tell the church leader of his "concerns," according to a story at CNBC. Langone told the cardinal that if the pope continues making comments about a "culture of prosperity" that perpetuates indifference to the poor, it could make super-rich Catholics (such as himself) quit giving to charity. Turning the pope's statement on its head, Langone said Francis' opinions could leave some wealthy Catholics "incapable of feeling compassion for the poor." 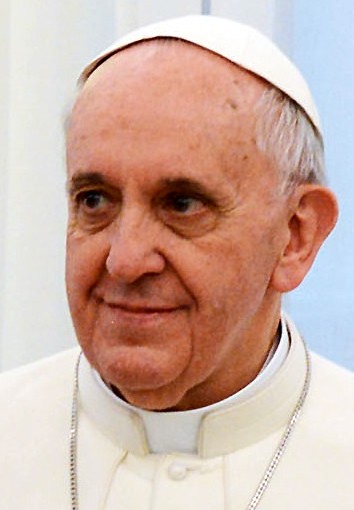 According to an interview with CNBC, Dolan told Langone that his concerns reflected "a misunderstanding" of the pope's message. "The pope loves poor people; he also loves rich people," Dolan told Langone.
So here we have a sharply focused picture of one small segment of American Catholicism: members of the 1 percent, who are very used to being coddled by the church hierarchy in return for their donations. Now, however, when a new Pope starts reminding Catholics that Jesus' default position on economic justice was to favor the poor and warn the rich that much is expected of them, they get grumpy. Well, too bad. Mr. Langone. I know you're used to coasting your way through life, giving to the Church and doubtlessly never hearing a word from a priest about, say, how little you pay the employees who help make you so wealthy. Sorry, Ken, but there appears to be a new sheriff in town.

Langone says he told Dolan, "You want to be careful about generalities. Rich people in one country don't act the same as rich people in another country." Here are a couple of problems with that bit of advice for the cardinal.

First, it is a fact that Americans give more money to charities than the people of any other country, according to the Charities Aid Foundation's most recent World Giving Index. What Langone didn't mention, however, is that the wealthiest 20 percent of Americans give a smaller portion (1.3 percent) of their income to charity than people in the bottom 20 percent (who give 3.2 percent). And when the rich do give, they rarely support groups whose major activity is to help relieve poverty.

Second, Mr. Langone, "You want to be careful about" trying to pressure the Pope. You might want to remember which of you is supposed to teach the other. And a little humility would be in order after you've realized that the Pope is indeed talking about people like you. After all, the pope isn't exactly the only person who's noticed the strange disconnect between Christian moneybags and their religion's founder's views. As one last Christmas gift, Ken, enjoy this verse from a favorite Yule carol called "The Rebel Jesus."

Well we guard our world with locks and guns
And we guard our fine possessions
And once a year when Christmas comes
We give to our relations
And perhaps we give a little to the poor
If the generosity should seize us
But if any one of us should interfere
In the business of why there are poor,
They get the same as the rebel Jesus.