Sometimes, it just takes a word to trigger a memory. This week, it's "amalgam."

Take the word on its own, and it simply means "mixture," but when you overhear it while reading your comics on the bus, it conjures the short-lived imprint that combined the DC and Marvel universes.

Born during 1996's DC Vs. Marvel, with its fan-voted match-ups and fleeting quality, the Amalgam Universe touts literally mixed characters. The result was 12 issues in '96, and a dozen more the following year. Thankfully, most of the writers (John Byrne, Mark Waid, Ron Marz and Larry Hama among them) gave their comics a bit more thought than the similarly conceptualized Combo Man, which we've discussed in this column. Though, not much more thought. 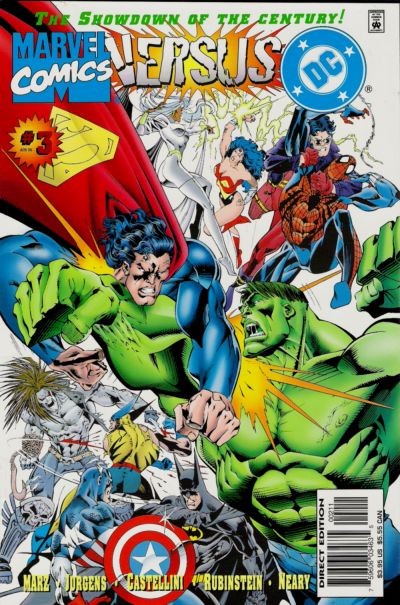 Sixteen years later (huh?), the characters and narratives given to the world in the imprint range wildly in the worth-your-time scale. Today, let's look at some of the highlights and lowlights of Amalgam Comics,

Super-Soldier
With its glossy pages, the first Super-Soldier one-shot was, in terms of name and concept, a no-brainer. Clark Kent is a super-soldier who is brought back to fight the villains of yesterday. Sure, the cheesiness of having the Captain America emblem on the chest and the Superman symbol as a shield feels slightly goofy, but you can't deny the power of Dave Gibbons' pencils. That guy could make me look heroic.

Bruce Wayne Agent of S.H.I.E.L.D.
This is just a cool idea. Like Super-Soldier, this comic didn't do the goofy name-combo thing (Thanoseid, anyone?) and just went straightforward with the concept. Wayne is like that guy from the DC Universe, except he works for the government. And he fights the Green Skull (a blend of Lex Luthor and Red Skull). It's really that simple. And thanks to scribe Chuck Dixon, it works.

Letter columns
One of my favorite ideas to come out of the imprint was their letter columns, which were fake and served to provide background and context to the collection of one-shots. It was as if these heroes had been around for decades. Fake names for letter attribution added to the humor of the false praise, including "Kirby Siegel" and "Simon Shuster."

Lobo the Duck
I'm one of those guys that never "got" Lobo. Combine that with the dated character of Howard the Duck, and you have my 1990s nightmare. Even with legendary writer Alan Grant at the helm, this one simply bums me out.

Well, the results just look busy, but his background inspires even more groans. Logan Wayne (ugh) sees the death of his parents and is sent to Canada to live with his uncle (double ugh), and eventually, his Royal Canadian Mounted Police officer uncle is also killed. After a darker take, rendered by the great Jim Balent, the character came back in '97 for a makeover, in the style Batman: The Animated Series. It still didn't work. 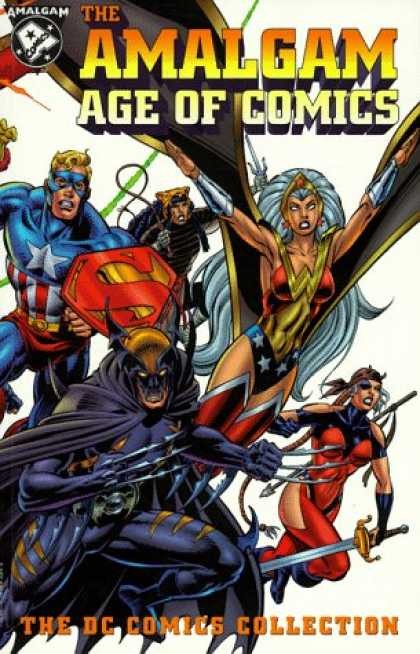 The names
So, I've already hinted at this, but the names these guys came up with are just too much, at times. Sure, Thorion (Thor and Orion) and Doctor Strangefate (Dr. Strange and Dr. Fate, respectively) kind of work, but JLX (Justice League and X-Men), Iron Lantern and Challengers of the Fantastic?

Amalgam Comics had its flaws, but some of the tales are still counted among my favorite in the "What The?" category. And as comics have become somewhat more serious these days, it'd be interesting to see some of these concepts updated. I'd read a Super-Soldier by Brubaker and Epting any day.

What are your memories of Amalgam? Sound off in the comments section below.