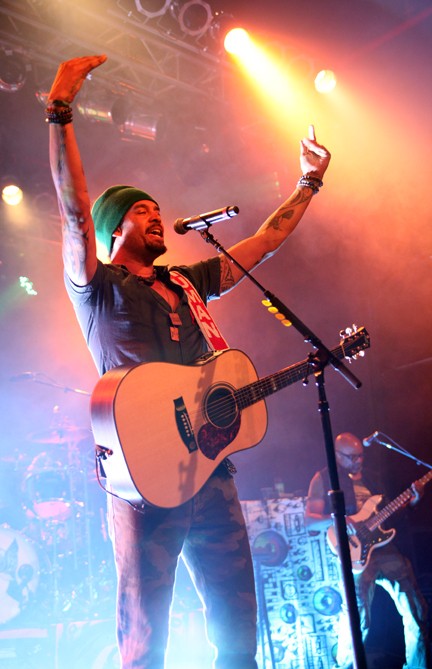 Attending a Michael Franti & Spearhead concert isn't about witnessing something incredibly groundbreaking. It's not about witnessing over-the-top productions or hearing the most impressive songwriting. It's simply about having a good time.

That's clear when Franti sings about love, when he asks, "How ya feelin?!" and when he shares a personal anecdote about growing up as an adopted child. "We were told to receive everyone as we would want to be received - regardless of their background, race or what school they went to," Franti told the crowd Sunday night. It's a message of positivity that persisted throughout Franti's 90-minute concert at the Fillmore.

Constantly jumping up and down while performing, Franti's energy is infectious as a good portion of the half-full Fillmore sang and danced along to every word. His guitar strap was emblazoned with the words "Stay Human" and, if you know the back story, he's been barefoot for more than a dozen years - until the people who make shoes can afford to buy them. 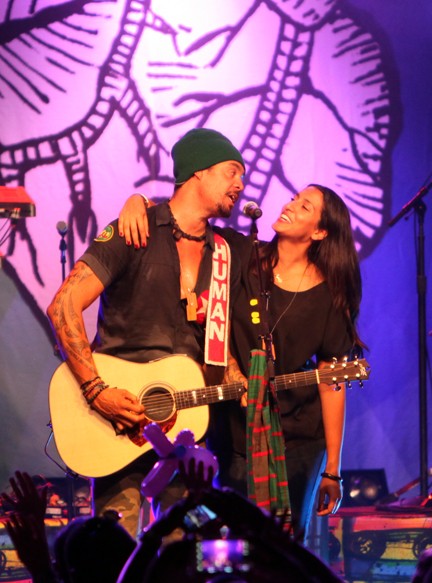 Franti's girlfriend, Sara Agah, was in attendance, which may have added to his jovial mood - but then again, he's always performing with a smile on his face. Agah joined him for a portion of "Life Is Better With You," and for the encore, a dozen local children joined him on stage for "I Love You."

Franti always finds time to involve the crowd, making his way into the audience a handful of times to sing and dance in the middle of the floor, shake hands and give high-fives. He stretches out songs to get the crowd singing with him, or to extend a message of love or unity by repeating a chorus. Through it all, the 6-foot-6-inch frontman continues efforts to get the crowd's feet moving and bodies jumping. 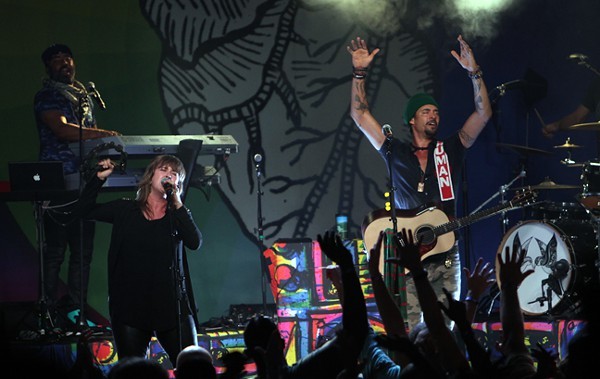 Opener Serena Ryder, who won over the crowd with a couple of a capella tunes mixed in to her 30-minute set, joined Franti for "Let It Go." At one point, Franti stood back and let Ryder belt out the chorus in her own soulful way, drawing plenty of cheers from the crowd. 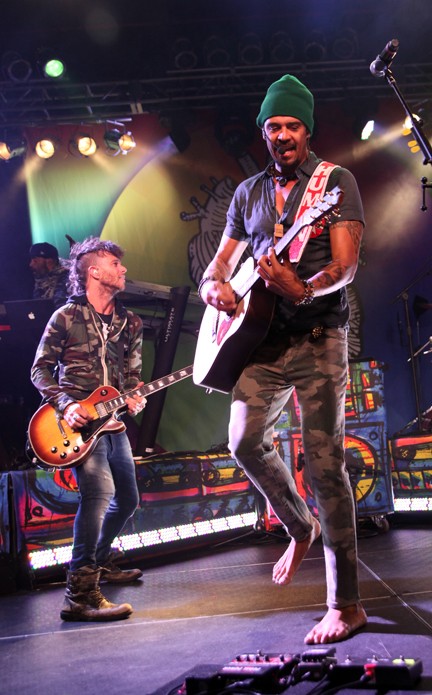 Michael Franti & Spearhead setlist
I Don't Wanna Go
Love Don't Wait
Sound of Sunshine
Rude Boyz
All I Want is You
11:59
Life is Better With You
Hey World
I Got Love For Ya
All People
Close To You
Let It Go (w/ Serena Ryder) 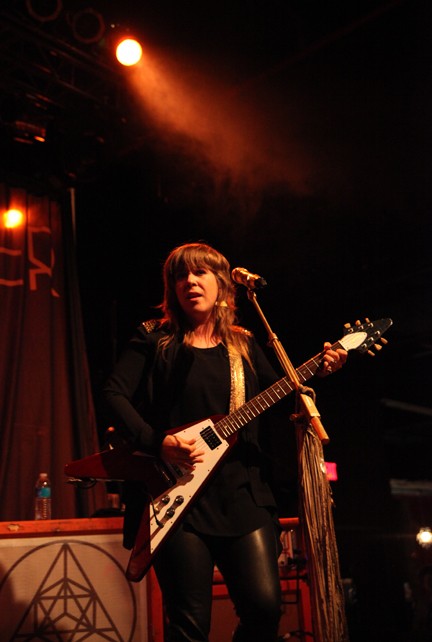