The Charlotte Film Community will announce the results of its fourth annual MADE IN CHARLOTTE competition at an awards ceremony to be held at 7 p.m. Tuesday, Aug. 6, at Suite in the Epicentre, 210 E. Trade St. 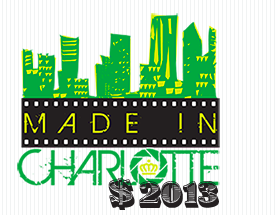 For this latest contest, the theme was "For the Sell of It," as filmmakers were asked to produce a short film that was either a product advertisement, an event announcement or a PSA. All of the submitted works were sent to a panel of celebrity judges, and awards will be handed out in several categories, including Best Director and Best Picture. This year's judges include actress (and former NC School of the Arts attendee) Missi Pyle (The Artist, Bringing Down the House), Charlotte-born actress Britt Robertson (the TV series Under the Dome and The Secret Circle) and writer-director Mark Freiburger, whose commercial "Fashionista Daddy" won the 2013 Doritos "Crash the Super Bowl" Contest and was aired nationally during the event.

There will also be a Viewer's Choice Award that's being determined by online community voting. To see the six contenders and place your vote, go here.

Admission to the awards ceremony is $10; appetizers are included, and there will also be a cash bar. For complete information on the ceremony, go here. For more details on the Charlotte Film Community, go here.