Question the Queen City: Something scary on Highway 16

I work in Charlotte and recently moved to Denver, N.C. My daily trip home takes me past what appears to be a very old factory by the river, with giant metal smokestacks. Do you know what it is? - Kimberly Owens, Denver 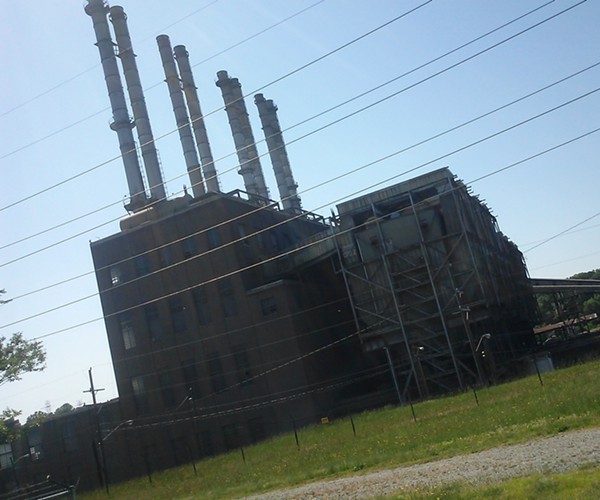 It's not a factory, actually. It's an old coal-burning electrical plant known as the Riverbend Steam Station. In years past it was most often used to supplement electrical demands during peak usage points. As of April 1, the giant old relic was officially shuttered.

As a child my parents often took my family to the Riverbend access ramp on the Catawba River, where we would scavenge the shoreline for shells and rocks and take an occasional boating trip. I can recall seeing the plant and finding it odd. Perhaps it was just the somewhat goth architectural style and the massive smokestacks, but I never could quite put my finger on why it gave me the chills.

Brought online the same year the Great Depression hit - 1929 - it has long been a source of controversy and a thorn in the side of Duke Energy.

After receiving your question and digging into the site's history, I think I understand the creepy factor.

According to various environmental reports, the pollution it has released into the atmosphere and into ground water has impacted human and animal health in years past with a particularly toxic blend of sulfur dioxide, nitrogen oxide and mercury.

In 2009, it was rated as one of the worst "high-hazard potential" sites in the entire country by the Environmental Protection Agency. According to a report issued Oct. 26, 2012 by the Catawba Riverkeeper Foundation, multiple discoveries of coal sludge pond seepage have made their way into Charlotte's main source of household water, which supplies 860,000 people in Charlotte, Gastonia, Huntersville, Pineville, Mint Hill and Matthews.

Among the chemicals found in the leaks were barium, arsenic, chromium and lead.

Prior to these discoveries, the Catawba Riverkeeper Foundation had tested sediment, fish tissue and the water in Mountain Island in 2010 for heavy metals and PCBs (polychlorinated biphenyls). The results, from 2010, showed high levels of both, which led to a state advisory on fish consumption. PCBs have been shown to cause cancer and ill effects on the immune system as well as other parts of the body. The manufacture of PCBs were banned in the United States in 1979 - it's frightening to think levels could be classified as "high" thirty-one years later.

Although the plant has discontinued operation, there continues to be major worries from the foundation. According to its website:

"The Catawba Riverkeeper Foundation is particularly concerned that Duke (Energy) might propose to permanently leave the coal ash in the existing ash ponds on the banks of Mountain Island Lake, which would mean that the ash and continued seepage from the ash ponds will continue to pose a threat to drinking water supplies in the Charlotte area. Even if the ash ponds were capped, we believe that there would be significant health risks from closing the ash ponds in place."

Really makes you not want to drink the tap water, huh?

As to the fate of the site, Duke Energy has indicated that it will eventually be razed. While it has stood as a dramatic landmark for over eight decades, its toxicity confirms that not all history is worthy of being saved.

The photo caption incorrectly stated when the plant was built. It was built in 1929.