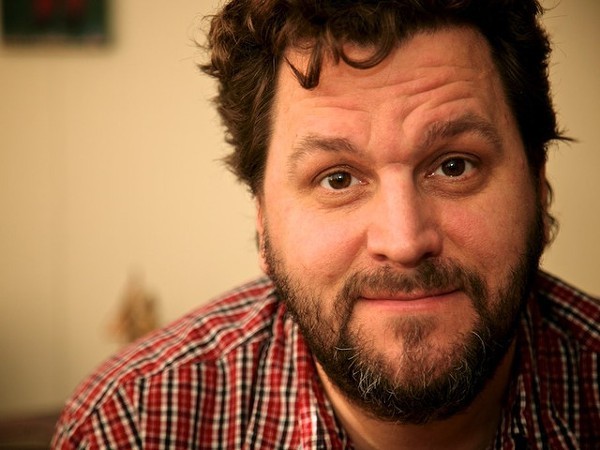 On his first LP in seven years, Memories and Birds, former Six String Drag frontman Kenny Roby makes dark but transformative music. Over deceptively calm arrangements that dwell in the deep still well where Nick Cave's Push the Sky Away resides, Roby crafts concise and vivid wordplay weighted with powerful emotions. His stories are richly resonant, with thumbnail sketches of hardscrabble characters either embracing denial or holding out for a glimmer of hope. In this newest crop of songs, Roby accepts the darkness while reaching for the light.

The songs are catchy and melodic, yet they require attention from the listener. So, a question lingered over how well Roby's most accomplished material-to-date would go down with the crowd at Snug Harbor on Friday, April 5. Taking the stage with his guitar and attired in a natty black suit, Roby and his combo of bass, drums and keys launched into "A Short Mile." The country-tinged chamber-pop gem instantly drew the crowd in, and Roby and crew never let go.

Live, the songs benefited from pumped up rhythms and Roby's intensity. Not so much embodying as entering his stories, Roby punctuated his emotive singing with spare but dramatic gestures, like upraised archangel wings to illustrate the barely controlled hysteria of the rockabilly psychodrama of "Cat Bus." Motown-tinged groover "Tired of Being in Love" gained a grinding guitar coda where Roby's anguished refrains of "Don't sit under the apple tree with anyone else but me" and "When Johnny comes marching home" drove straight and true the song's pointed tale of a shell shocked war veteran.

Roby and the band rocked-out with the similarly Motor City flavored "Monster." "Mercury Blues," the title track off Roby's first solo LP, raised the roof with a tightly coiled mix of power pop and country that recalled prime Tom Petty backing a wired Elvis Costello. A smoking rendition of "On the Wind," from Roby's 2006 The Mercy Filter LP, capped off the evening with squalling guitar and the berserk band going right up to the edge of the abyss.

Yet, it was the quieter material off of the new LP that set the high standards for the band's superbly executed set. On "Colorado", Roby began with the comfy old-timey line "You get a line and I get a pole," then turned it deeply twisted with "You get the car and I'll dig a hole," as Roby took us through Charlie Starkweather country in his tale of a serial killer and his companion. Friday's show gave the audience a similar journey, a darkly humorous trek through disturbing emotions that was strangely uplifting and exhilarating. That's a tricky needle to thread, but on Friday night Kenny Roby was dead center.