Few musicians have done more to preserve the great tradition of old-time African-American string-band music in the South than Rhiannon Giddens Laffan and Justin Robinson, founding members of the Carolina Chocolate Drops. And no one taught the Chocolate Drops more about this music than the late North Carolina fiddler Joe Thompson, who died at 93 in 2012. 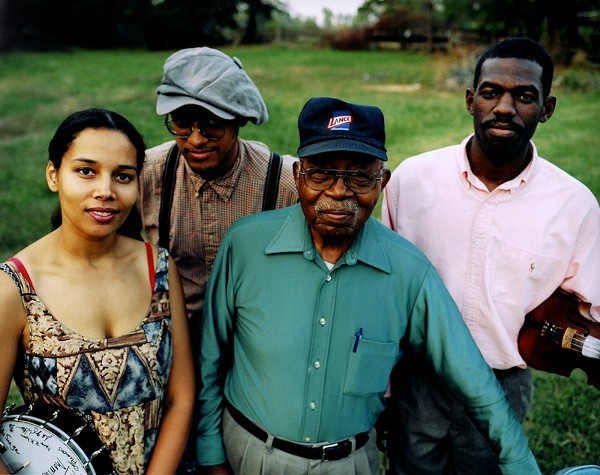 A towering figure in Southern folk music, Thompson performed at the Kennedy Center, Carnegie Hall and the Smithsonian Folklife Festival. He was one of the few remaining practitioners of traditional African-American folk and country music - singing songs passed down to him by his enslaved grandfather - but the music likely would have died along with him had Robinson, Giddens Laffan and the Chocolate Drops third founding member, Dom Flemons, not insisted on keeping the tradition alive. The trio met Thompson at the Black Banjo Gathering in Boone, in 2005, and soon after began gathering at the fiddler's home every Thursday night for jam sessions.

The Chocolate Drops have gone on to make a bigger impact in mainstream Americana music circles, where they continue to introduce old-time African-American folk music to larger audiences. The group's album Genuine Negro Jig won the Grammy for Best Traditional Folk Album in 2011.

Doors open at 7 for tonight's event and the concert will begin at 7:30 p.m.

Watch a performance from Giddens Laffan and Robison: