Bank of America is one of the richest corporations on Earth, so coming up with the money to build the BofA Tower in New York City shouldn't have been a problem. And sure enough, it wasn't. Charlotte's pride and joy, steering clear of using its own funds, built the 1,200-feet-tall skyscraper with $650 million of tax-exempt bonds - bonds that were originally intended to finance public works projects. That's one of the revelations in an in-depth New York Times study published this week.

The Times story begins with the explanation that in 1986, "the last time the nation's tax code was overhauled," many in Congress tried to get rid of what the newspaper termed "a big corporate giveaway." 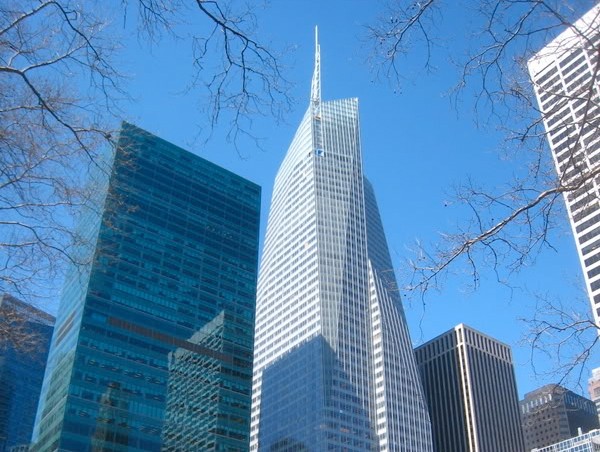 That particular big-business perk survived, however, and a slew of companies with more money than God have paid for business projects with bonds that are "more conventionally used by cities and states to pay for roads, bridges and schools." The article calls the situation "a stealth subsidy for private enterprise" that has given more than $65 billion to corporations since 2003, at the expense of American taxpayers. The Times study makes for good, if galling, reading and serves as yet another example of how government of, by and for the people has become government of, by and for corporate wealth and power. And to think that our humble burg has played a substantial part in that degradation of American ideals - kinda makes you proud, huh?

At the very least, the Times study can't be good for Bank of America's already rickety public image (BofA, remember, was declared one of America's 10 most hated companies last year in a well-publicized survey). Now, BofA CEO Brian Moynihan is included in a story by one of my favorite journalists, Alternet Senior Editor Lynn Parramore, titled "Shit CEO's Say," which won't do the bank's aura any favors either. Parramore revisits the infamous $5 debit card fee that outraged the country, and mentions, oh-by-the-way, Moynihan's $12.1 million pay package, which made him one of the best-paid "Wall Street" CEO's last year. Getting right to the point, Parramore writes that BofA was able to lavish such generosity upon Moynihan, "because financial crimes go largely unpunished in America." So, in view of the other outrages Bank of America has given the country, what's a mere $650 million in shoulda-been-public funds?