Cherie Berry: The predator lurking in our elevators

There's a predator lurking in your elevator. Her name is Cherie Berry, North Carolina's labor commissioner. 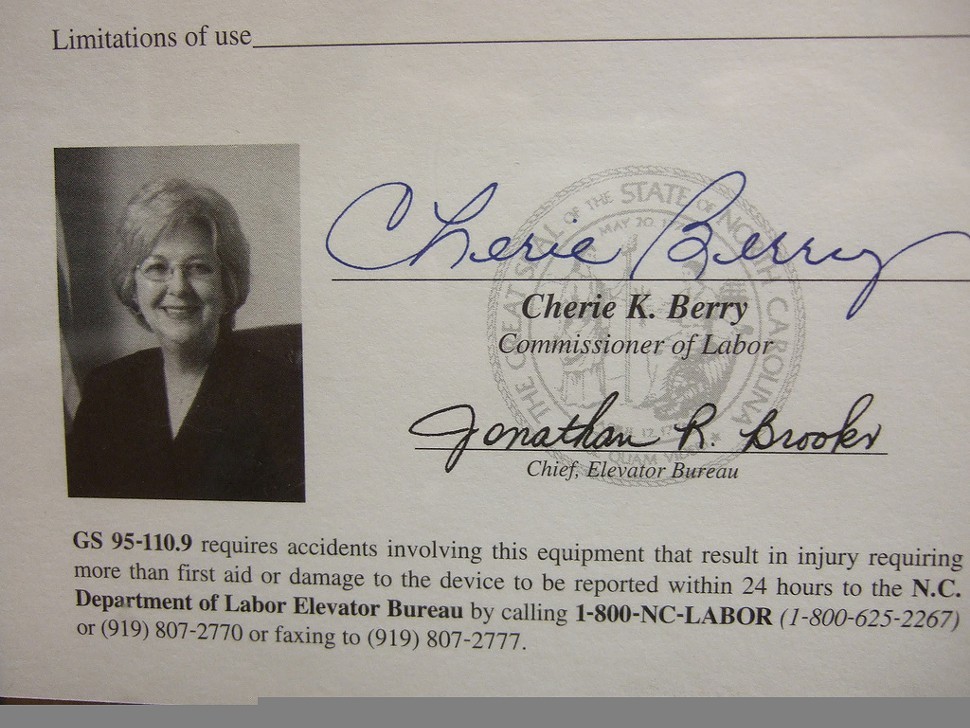 Sure, she has a cheerful smile and makes vague promises of workplace safety every time you see her photo above the button panel, but in reality, she's just waiting for her chance to screw workers out of money. She recently told the North Carolina Free Enterprise Foundation that she'd like to abolish minimum wage.

That's right - the labor commissioner, whose job it is to enforce wage laws on behalf of workers, doesn't even believe they should exist. Federal minimum wage was established in 1938 to stop the proliferation of abusive labor practices. Maybe she misses the good ole days of sweat shops.

How in the world was she elected? I can only assume it's because people at the polls cast their vote for the candidate with the funniest name. Please don't make the same mistake again if she decides to run for U.S. Senate. Reports indicate she's considering a bid and if she wins, she could propose legislation to abolish the federal minimum wage.

It's unlikely she'd be successful, since over 75 percent of all Americans not only support federal minimum wage, they'd like to see it increased. But that doesn't mean she wouldn't try - and that's a problem for our state. She has even refused to take a stand on child farm labor, saying she would only agree to regulations if the regulated community imposed them on itself.

Memories of Jesse Helms are only just beginning to fade. North Carolina certainly doesn't need the embarrassment of another senator expressing extreme, archaic views on the national scene.