Big changes are underway in the North Davidson arts district. As of March 5, JEM Entertainment, which has run the Neighborhood Theatre since 2003, will no longer be operating and promoting shows at the location. The venue will briefly close as a new team, including Evening Muse owner Joe Kuhlmann and MaxxMusic's Gregg McCraw, rejuvenates the space. Tentative plans were announced earlier this week to reopen in late April, with a May 1 show featuring Foals and Surfer Blood. 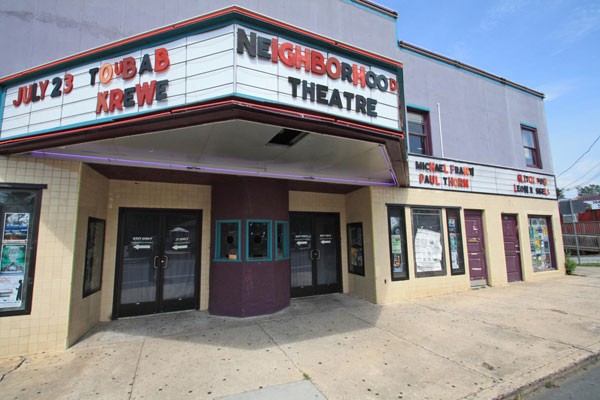 "For business reasons, JEM Entertainment decided not to continue on at the theater," JEM's primary manager, Zach McNabb, said. McNabb will be promoting shows in the area under a new venture, Zali Presents, and much of the current sound and lighting equipment - and, yes, the "Big Ass Ceiling Fan" - from the Neighborhood Theatre will be moved to a large, secondary room at the Chop Shop, located at 399 E. 35th St. McNabb hopes to have Chop Shop renovations unveiled by April 1.

"I'm not leaving the music business," McNabb said. "We're leaving the Neighborhood Theatre with a really diverse schedule and I hope to bring that to the Chop Shop and other venues in town through Zali Presents. I want to develop more local artists and I can feel confident I will be able to do more than I was when I was running a venue." McNabb said Chop Shop's owner, Jay Tilyard, "has a new, fresh creativity and I'm hoping we can create a great vibe there."

Under JEM, more than 1,200 concerts and events took place at the Neighborhood Theatre, showcasing everything from rock and jam bands to Latin American Coalition events and EDM nights. "We took it from a folk and Americana venue to a national spot that can host two nights of Black Crowes to Bassnectar and Herbie Hancock," McNabb said.

The new management team, which has not yet detailed its plans, aims to bring in a similarly diverse offering of arts and entertainment to the Neighborhood Theatre, which has been hosting concerts since the late 1990s.

The Neighborhood Theatre building and name are owned by North Davidson Acquisitions LLC, which purchased the space in 2007.