For GOP, path to White House did not begin in Charlotte

Ari Fleischer put it best when he said the GOP is a tale of two parties. "On the governor's level we're a very successful party. On the federal level we have some major problems that need to be addressed."

President George W. Bush's former press secretary joined other GOPers for the Republican National Committee's annual meeting, held last week in Charlotte. It was the party's chance to confront serious problems it faced in the last presidential election and prepare for the next few years. But if the first step toward recovery is admitting you have a problem, it was clear, save for a few moments of clarity, that most Republicans aren't ready to find their footing. 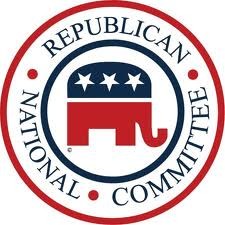 They met on the heels of President Obama's inaugural address, which firmly defended tenets of the New Deal and affirmed his commitment to LGBT equality. Obama's campaign was a referendum on the role of government - a fight Republicans lost - and the election culminated a four-year gamble by congressional Republicans to obstruct the president's agenda rather than allow him legislative victories. This strategy, they thought, would certainly make him a one-term president. Republicans had enough clout to influence bills coming out of Congress, but instead of working with the president on healthcare - and getting at least some of what they wanted - they allowed Democrats to take credit for enacting reform with GOP roots.

The feeling around The Westin in Charlotte last week was that fundamental change could come by 2016. The strategies they favored in conference rooms were also favored by Obama's campaign, including understanding and using technology and appealing to minority voters. Strategy sessions had themes like "Communicating in Today's Media Environment." One panel featured representatives from Facebook, Google and Eventbrite.

But judging from the language used by many RNC members, it was too soon for reflection. Instead, they used vocabulary from the last election: pure ideological talk, couched not in solving specific problems, such as unemployment or gun violence, but in philosophizing about liberty. It's an issue that has plagued the GOP for years and turned it into a bitter, mean party. Any nobility left when Bob Dole retired, and it's lacked in class since George H.W. Bush was president. Newt Gingrich gave them ideas, and even W. had empathy and humor. Poor Mitt Romney had nothing but elitism and arrogance.

Gingrich, billed for a Thursday session on messaging, seemed content with the current direction of his party. "We're in a period of remarkable choices. You have 24 states with a Republican governor and a Republican legislature. That is over 51 percent of the population," said the former House speaker. "You're going to see ideas trickle into Washington in the next couple of years in a way that is going to change the whole national debate."

The strategy for appealing to minorities - "African Americans, Asian Americans, Hispanics and women," according to one panel - was maintaining the same policies but explaining them in kinder ways.

Robin Hayes, the useless old ogre who chairs the North Carolina Republican Party, roamed the halls like a ghost, welcoming visitors while creepily introducing them to a tall, quiet man, who was either Hayes' master or a secretive "James Bond" villain.

The mysterious man was Timothy C. Daughtry, a radically conservative psychologist there to hock his book "Waking The Sleeping Giant: How Mainstream Americans Can Beat Liberals At Their Own Game." Hayes was caught in a "Manchurian Candidate"-type spell since he'd heard Daughtry speak a few months ago.

One of Daughtry's sessions, "Success in NC: A Blueprint for the Future," should have been an analysis of how Pat McCrory ascended to the governor's mansion. Instead, he gave a nasty PowerPoint presentation that attacked liberals, including the "social-justice liberal" in his Sunday-school class. "We mind our own business, while liberals live to manipulate and control others," he said.

His call for trench warfare sent some conservatives heading for the exit, one of them a woman whose proudest vote was cast for Barry Goldwater in 1964. Goldwater once said, "Extremism in the defense of liberty is no vice." He was also an environmentalist who supported gay rights before he died, beliefs guys like Daughtry would deem worthy of excommunication from the current GOP.

Louisiana Gov. Bobby Jindal headlined a dinner, a chance for the prospective 2016 candidate to test the waters. His message was bold in some ways and general - ineffective - in others.

"After losing two presidential elections in a row, it is time for some candid and honest discussions in our party," said Jindal. "We've got to stop being the stupid party. We've got to stop dumbing down our ideas, and stop producing everything into mindless slogans."

Reince Priebus was easily re-elected as chairman of the party, with no other candidate nominated. In his victory speech, Priebus announced that the principles of his defeated party were sound. "We stand for opportunity and liberty. Freedom is always a new idea."

To his credit, the idea of freedom is not what is wrong with America. It's an ideal to aspire to, like freedom at the end of an underground railroad. Some slaves made it to freedom with conviction and the North Star. It took a Republican president and the full force of the federal government to free the rest. And, Lincoln had to institute the first income tax to finance the war that made freedom for millions possible.

The modern GOP is an Alamo of dying voters, who have no interest in the future. As a result, we're 13 years into the 21st century and the Republican Party still has no serious positions on the issues that will define our era, such as climate change. They can still be the party of small government, lower taxes, strong national defense, balanced budgets and fiscal conservatism. But they have to accept that they can't renounce science or keep consenting adults from marrying the people they love.

A century ago, politicians were arguing over Prohibition and tariffs. Times change. Hopefully the GOP will change, too, and maybe even make it back into the White House. That journey did not begin in Charlotte.