Question the Queen City: The history of NASCAR in Charlotte

There's an old roadside placard on Little Rock Road near the airport that says there was once a NASACR racetrack nearby. Do you know anything about its history or Charlotte's connection to NASCAR? - Mark Newsome, Charlotte

We've had a long-term love affair with the National Association for Stock Car Auto Racing that began smack-dab in the middle of the 20th century. That's when the first-ever NASCAR race was held at the then-newly installed Charlotte Speedway.

Off Wilkinson Boulevard and Little Rock Road on the city's far west end, the dirt track was a long way from Charlotte's center city. In fact, fifty years ago all you would have encountered on the drive out, on Highyway 74/Wilkinson, would have been a few lone farmhouses and a single gas station. There were a couple of restaurants that continued to be popular until just a few years ago, like The Ranch House and The Copal Grill, which are now gone.

Despite the distance, NASCAR's "Strictly Stock" race, held on June 19, 1949, attracted one of the largest crowds for any event in the city's history up to that point. An estimated 22,000 individuals showed up, and an additional 5,000 were turned away for lack of seating.

Qualifying rounds began two days prior and attracted nationally known race car drivers - 33 in all - including Sara Christian, an Atlanta housewife driving a 1948 Ford and NASCAR's most famous female racer; Red Byron, touted as the "old master" of the modified stock-car racing circuit in a 1949 Oldsmobile; and Glenn Dunnaway, a Charlotte favorite, in a 1946 Ford Model Coupe. One of the biggest draws for fans - something heavily touted by promoters - was the presence of three brand new 1949 Lincolns, driven by nationally known drivers Felix Wilkes of Annandale, N.J., and Jim Roper and Bud McIntosh, both of Great Bend, Kan.

Competitors in the event faced a daunting task: 200 laps around an unpaved track for a total of 150 miles in automobiles that, while high end for the day, often lacked things like power steering, power brakes and automatic transmissions. Consider that the average weight for most cars during that time was 5,000 pounds (take off about 2,000 for today's average) and you've got the maneuverability of an overfed sloth.

Still, it's not hard to imagine how exciting it would have been to see seasoned drivers like Byron tooling around the track in a massive old machine like his '49 Oldsmobile, even if his top speed was only 80.5 miles per hour.

Surprisingly, the event went relatively unmarred by accidents, save for one: Lee Petty (Richard Petty's father) flipped his 1948 Buick but walked away with only a few cuts.

And like most NASCAR events, Strictly Stock wasn't without some controversy.

At race's end, fans were convinced they'd seen Dunnaway win the competition and thought he deserved the $2,000 grand prize. Dunnaway, however, just missed grabbing the gold. A mandatory inspection of the five finalist's autos prior to awards revealed that his car had been modified, the springs re-welded and spread out to give him better handling around curves.

Dunnaway was disqualified and Roper - in one of the infamous '49 Lincolns - was proclaimed the winner and handed the grand prize. Fonty Flock of Spartanburg, S.C., driving a '48 Hudson, won $1,000, followed by Byron, who was awarded $500. 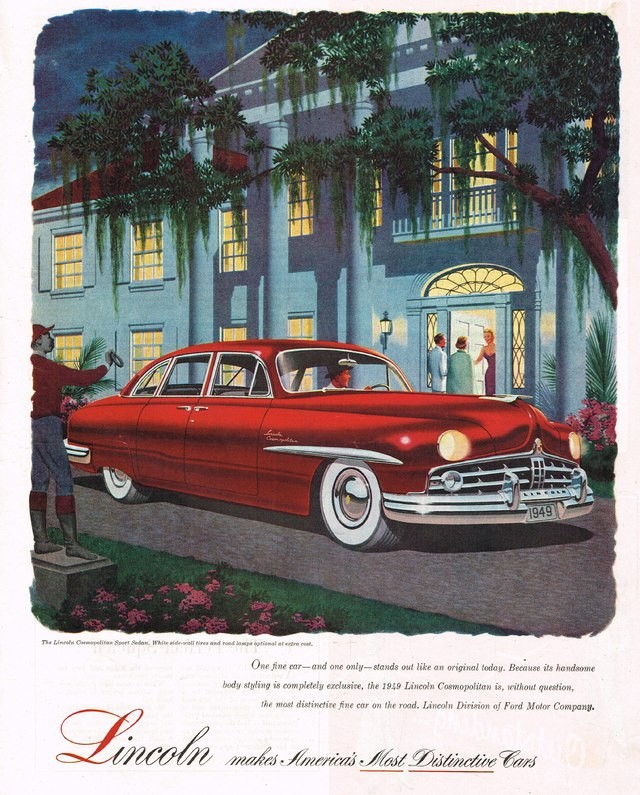 Hubert Westmoreland, owner of the car driven by Dunnaway, later sued NASCAR for $10,000. On Dec. 16 of the same year, a judge dismissed the suit, saying that NASCAR was within its rights to disqualify cars that didn't comply with technical specifications.

In the years that followed, stock-car racing fans continued to attend the festival of raucous fun and racing-engine noise. The track closed in 1956 and was replaced in 1960 by Charlotte Motor Speedway, which is in Concord today.