Halloween Countdown: Wallace and Gromit: The Curse of the Were-Rabbit 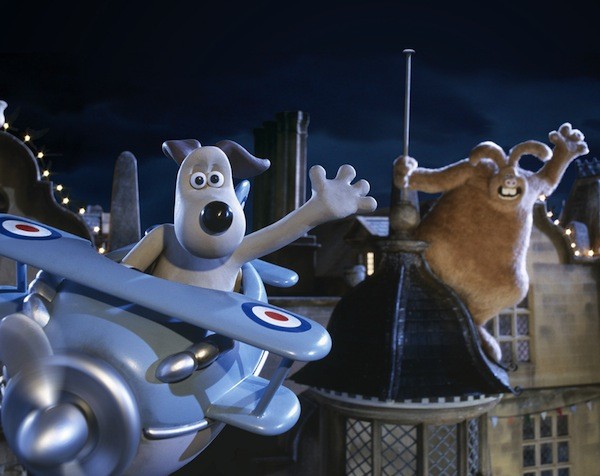 WALLACE & GROMIT: THE CURSE OF THE WERE-RABBIT (2005). To wrap up this series, how about a tasty treat for the whole family? In this Academy Award winner for Best Animated Feature, Wallace (voiced as always by Peter Sallis) and his silent canine sidekick have taken it upon themselves to rid their burg of its rabbits by forming a pest control outfit called Anti-Pesto. Using Wallace's latest invention, the Bun-Vac 6000, the team is able to humanely capture all the bunnies that have been helping themselves to the neighbors' garden patches. But shortly before the annual Giant Vegetable Competition is scheduled to take place, one of Wallace's experiments goes horribly awry, and the result is a monstrous rabbit that eats its way through the townspeople's prized possessions. Creator Nick Park and team work some amusing horror-film references (King Kong and Frankenstein among them) into the movie, and Helena Bonham Carter and Ralph Fiennes gamely throw their vocal chords into the project. Tom & Jerry? Mutt & Jeff? Chip & Dale? Amateurs all. It appears that in the toon world, the clay's the thing, with Wallace & Gromit as the new pioneers of Plasticine.