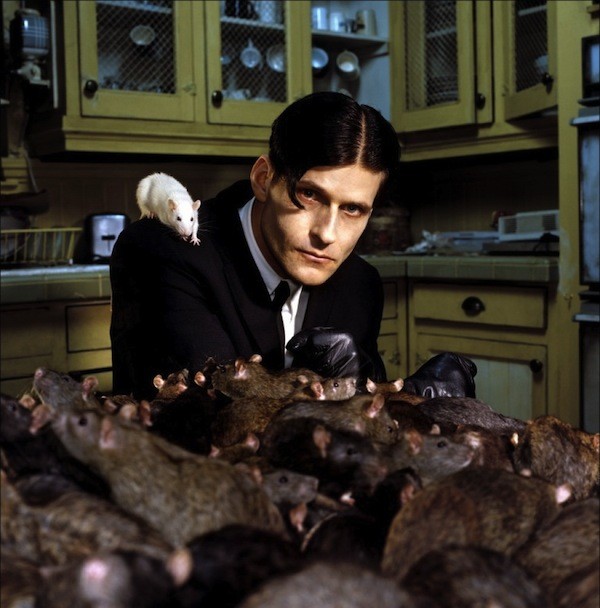 WILLARD (2003). For all its ickiness, Willard is actually that most exotic of movie creatures: a remake that handily bests the original. The 1971 version may have been a box office hit, but it's also an inert motion picture, taking itself far too seriously as it relates the supposedly poignant tale of a lonely young man (Bruce Davison) whose only friends are the rats that live in his basement. This stylish remake tosses out all pretensions and tackles the material as a pitch-black comedy, which, in retrospect, was clearly the only way to go. As before, Willard Stiles (a perfectly cast Crispin Glover, in a part turned down by both Joaquin Phoenix and Macaulay Culkin) is a mild-mannered introvert whose relationship with his rodents offers him a brief respite from the unpleasantries that otherwise inundate his existence. This was (not surprisingly) a major commercial flop, but darn if it doesn't deliver the goods for folks not averse to an unsettling satire that offers as many nyuks as yuks. And for those interested, here’s the surreal music video for Glover’s “Ben,” complete with buxom women rubbing rats all over their bodies.