Halloween Countdown: Brotherhood of the Wolf 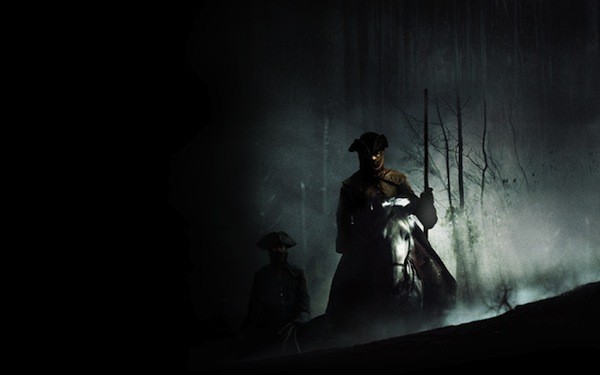 BROTHERHOOD OF THE WOLF (2001). Movies that adopt an everything-but-the-kitchen-sink approach are often maddening messes, but this French import (original title: Le pacte des loups) is reminiscent of countless other films and yet still manages to retain its own swagger of originality. With a first half that plays like Sleepy Hollow, a second half that begs comparison to From Hell, and elements of Jaws, The Last of the Mohicans, The Company of Wolves and Crouching Tiger, Hidden Dragon scattered throughout, this delirious experience covers most bases and makes at least a cursory stab at the few it misses. In 18th century France, a naturist/philosopher (Samuel Le Bihan) and his Iroquois companion (Mark Dacascos) are sent by the royal court to investigate a series of slayings in the French countryside. The creature responsible is reportedly a monstrous wolf, but as the pair investigate, they discover that several of the locals may know more about the affair than they're admitting. This one's got it all: martial arts, political intrigue, tender romance (between Le Bihan and Rosetta's Emilie Dequenne), steamy sex scenes (between Le Bihan and Irreversible's Monica Bellucci), and a snapping, snarling, bloodthirsty beast.