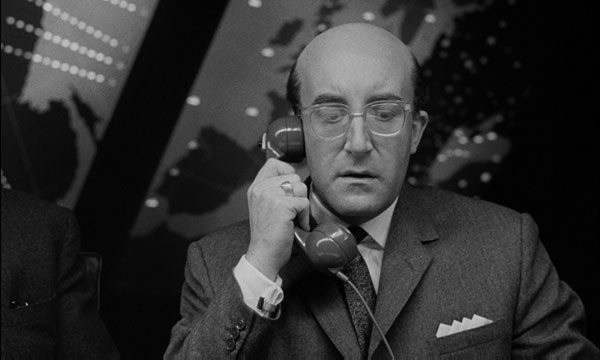 1. “Forget the myths the media’s created about the White House. The truth is, these are not very bright guys, and things got out of hand.” — Deep Throat (Hal Holbrook) in All the President’s Men (1976) 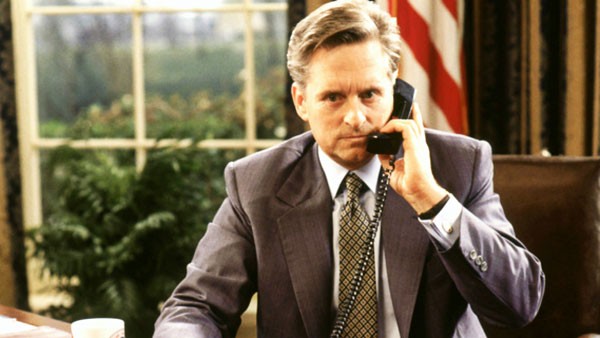 2. “Let me see if I got this. The third story on the news tonight was that someone I didn’t know 13 years ago when I wasn’t president participated in a demonstration where no laws were being broken in protest of something that so many people were against, it doesn’t exist anymore. Just out of curiosity, what was the fourth story?” — President Andrew Shepherd (Michael Douglas) in The American President (1995)

3. “Lyndon Johnson is a politician. You know the ethics those guys have? It’s like a notch underneath child molester.” — Alvy Singer (Woody Allen) in Annie Hall (1977)

4. “Governor, what do you think of the crisis in the Middle East?” “I was saying just this morning at the weekly prayer breakfast that it behooves both the Jews and the Arabs to settle their differences in a Christian manner!” — A reporter and the governor (Charles Durning) in The Best Little Whorehouse in Texas (1982)

5. “In those days, we poured God over everything like ketchup.” — President Art Hockstader (Lee Tracy) in The Best Man (1964)

6. “We got kids with submachine guns/ We got militias throwing bombs/ We got Bill just getting all weepy/ We got Newt blaming teenage moms.” — A rapping Senator Jay Billington Bulworth (Warren Beatty) in Bulworth (1998)

7. “Gentlemen, you can’t fight in here! This is the War Room!” — President Merkin Muffley (Peter Sellers) in Dr. Strangelove or: How I Learned to Stop Worrying and Love the Bomb (1964)

8. “Fellow members of the Roman Senate, hear me. Shall we continue to build palace after palace for the rich? Or shall we aspire to a more noble purpose and build decent housing for the poor? How does the senate vote?” “Fuck the poor!” — The leader of the Senate (John Myhers) and the Senate’s unified response in History of the World: Part I (1981)

9. “I wouldn’t give you two cents for all your fancy rules if, behind them, they didn’t have a little bit of plain, ordinary, everyday kindness and a little looking out for the other fella, too.” — Senator Jefferson Smith (James Stewart) in Mr. Smith Goes to Washington (1939)

10. “You politicians have stayed professionals only because the voters have remained amateurs.” — Mary Matthews (Katharine Hepburn) in State of the Union (1948)