Get these two guys together and the compliments fly.

Los Angeles Mayor Antonio Villaraigosa, on Mayor Anthony Foxx and the city of Charlotte: "It's great visiting cities like this one. ... The first thing I mentioned to Mayor Foxx, 'Wow. I love these trees. I wish we had more of them.' ... There's a vitality and energy about this state, particularly about this city that I know makes Mayor Foxx proud." 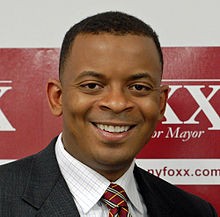 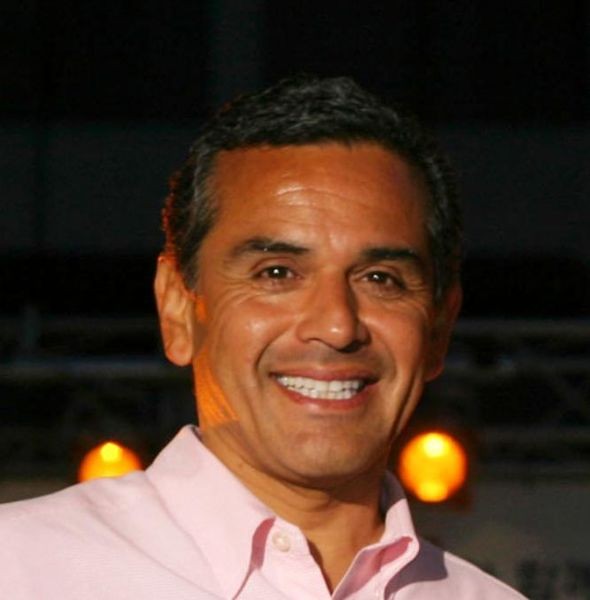 Foxx, on Villaraigosa: "I've known him for quite awhile." As they work together on the convention, they can show "what makes Charlotte special," a "continuing drive to make tomorrows better than yesterdays."

Villaraigosa, in turn: "This is a place where they're working on tomorrow."

Villaraigosa is president of the U.S. Conference of Mayors, so there's a reason the two are on the same wavelength. Another, of course, is the Democratic National Convention. This week was Villaraigosa's first visit to Charlotte since being nominated as convention chair (technically, delegates vote on it at the opening session). On Tuesday, he toured the Charlotte Convention Center, along with Foxx, convention CEO Steve Kerrigan and Comelia Sanford, director of convention center operations for the DNCC, inspecting the space that will be used for meetings, the media and other special events.

In a brief press conference before they left for more meetings and a tour of Time Warner Cable Arena, Villaraigosa took questions on everything from North Carolina's upcoming vote on same-sex marriage to his time as a teenage union organizer.

Villaraigosa, who has backed a gay marriage legalization plank in the Democratic Party platform, said on Tuesday that he "believed strongly in marriage equality." But he said he would leave the matter to the delegates and platform committee, which he chaired at the 2004 convention in Boston. "We have a process for that."

Villaraigosa agreed with Obama's opposition to an attempt to define marriage between one man and one woman as the only "domestic legal union" in North Carolina. "We shouldn't enshrine discrimination in our constitution," state or federal, he said. He added, though, that it's up to the people of North Carolina. "We all respect the people of this state; they're the ones who will ultimately make that decision."

Villaraigosa met earlier on Tuesday with members of the Spanish-language media. As the mayor of a city where 140 countries are represented and 200 languages are spoken, Villaraigosa placed the importance of the Latino vote into the context of the Democratic Party's constituencies among "a broad cross-section of America we want to speak to."

On a question about his roots as a 15-year-old supporter of farm-worker boycotts, Villaraigosa ("I never worked in the field; I saw the conditions of those workers in the field") pointed to comments by union leaders opposed to his recent pension-reform proposals as proof that he takes criticism from the right and the left. As reported in the Los Angeles Times, the mayor's trips outside the state have come in for union criticism, as well.

Villaraigosa, who was headed back to Los Angeles for a Tuesday night event, arrived in Charlotte on Monday. He toured Bank of America stadium, where Obama will speak on the convention's closing night, had dinner with Foxx, Kerrigan and staffers at Harvest Moon Grille, and went on an uptown walking tour, where presumably he saw more of those trees. He was last in Charlotte 12 years ago.

He praised the city and state for being "ahead of the curve" in efforts to reduce carbon gases and conserve energy. "I intend to try to replicate it," Villaraigosa said, though he joked that North Carolina and Charlotte might not get the credit.

Mary C. Curtis, an award-winning Charlotte, N.C.-based journalist, is a contributor to The Washington Post's "She the People" blog, The Root, NPR and the Nieman Watchdog blog. Her "Keeping It Positive" segment airs Wednesdays at 7:10 a.m. on Fox News Rising Charlotte, and she was national correspondent for Politics Daily. Follow her on Twitter