Karen Handel, the failed rightwing candidate for governor of Georgia who, as we wrote about earlier, became Vice President for public affairs at Susan G. Komen for the Cure, has once again met her match. This time, the victors were Planned Parenthood and its supporters.

Handel resigned from Komen today, one day after the Huffington Post revealed that she was behind the decision to defund Planned Parenthood — and had even put together a strategy to handle the PR mess that followed. That "strategy," as described verbatim by a source at Komen, was, “If we just say it's about investigations, we can defund Planned Parenthood and no one can blame us for being political.” Nice, huh?

In her resignation letter, Handel admitted her involvement in the Planned Parenthood decision, but, of course, quickly detoured into the usual disgraced-honcho territory of blaming the whole thing on “mischaracterizations.” In a bit of unintentional humor, Handel also said the decision to distance Komen from Planned Parenthood was done out of “a realization of the need to distance Komen from controversy.”

Handel also stated that the entire brouhaha “should sadden us all greatly” — which it did, in this writer’s case, except for the part where Handel was shown the door. 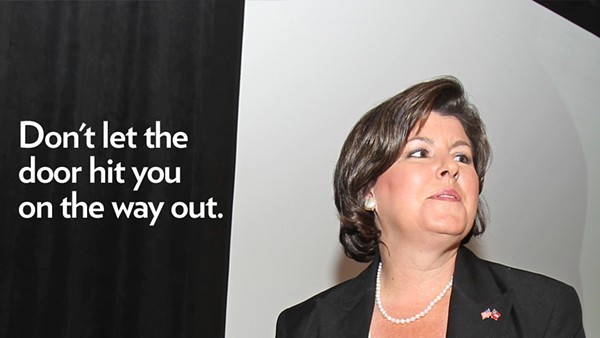