For the second year in a row, the music community has the unenviable title of Charlotte's first murder of the year. In 2011 it was music photographer Chris Radok. This year it was Str8 Drop Gang rapper Brandon Covington, also known as "Beezo." 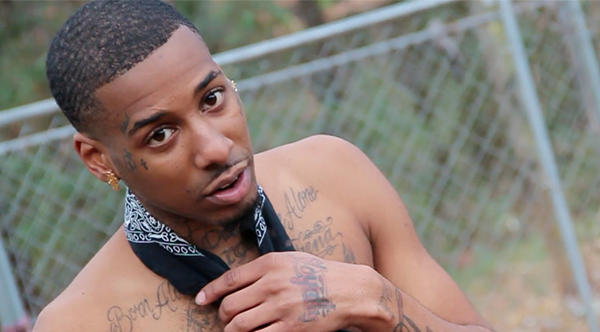 Beezo, 19, was shot just before 2 a.m. on Sunday morning after the group had premiered its video at the club Backstage on New Year's Eve. His eerily prophetic last Tweet, written on Dec. 31, states: "I dont know what you do for yo respect but ima die for mine"

A WCNC report quotes the band's manager, Lushawn Williams, as saying, "Music was his outlet. He rapped about what he saw, not what he did. People go through struggles. You’ve got to figure a way to get out of it, to get a better hold on it.”

The group, which has a mixtape planned for release on Jan. 20, has created T-shirts with a photo of Beezo in hopes of raising money to help with funeral costs. A candlelight vigil is planned for Jan. 8 at 7 p.m. at Eastland Mall. The group and the local media production company, Purple Cardinal, are working on a tribute video.

Police have released a photo about a Mitsubishi Montero they believe might be tied to the case. Anyone with information is asked to call 704-432-TIPS and speak directly to Homicide Unit Detective Abbott or Crime Stoppers at (704) 334-1600.

Here's the group's video for "Pay Back":