Preacher says gays being slapped around should remain 'civil'

The Rev. Mark Harris, senior minister at Charlotte's First Baptist Church, is also president of the Baptist State Convention of North Carolina. The state Baptist convention supports the anti-gay marriage discrimination amendment (officially called the Marriage Protection Amendment). Harris is leading the group’s push to pass the amendment, which N.C. citizens will vote in May. In a Charlotte Observer profile today, Harris says he hopes the statewide debate over the amendment can be carried on “in a civil way.”

Reverend, you may not have noticed, but campaigning in support of an amendment that seeks to enshrine your prejudice against LGBT folks in the state constitution is already an inherently uncivil act. Imagine that somebody walked up to you and smacked you in the face; imagine that the slapper then expressed hope that the ensuing “discussion” of his hitting you would be conducted “in a civil way.” If your attacker then explained that he slapped you because he believes you plan to act in a way that doesn’t meet his “Biblical principles,” how civil would you feel toward your new slap-happy friend?

Here’s another question for you, Rev. Harris: Have you read the messages, talking points and “studies” that your allies in the amendment debate have produced? The leading groups pushing for the amendment are the North Carolina Family Policy Council (NCFPC), which is affiliated with the national Focus On the Family group, the Christian Action League, and Return America, all of which routinely demonize homosexuals, and make it clear that their primary goal is to make their religious beliefs the supreme law of the state.

Here’s a key quote from the NCFPC’s Countering the Deception policy paper, which you can access here — and which lays out the amendment supporters’ “vision” for all to see:

It is really about one thing: preserving the historic understanding of sexuality, gender, and the family in North Carolina, and protecting the right of parents and the Church to transmit traditional values about these core issues to the next generation.

Yeah, that’s what I’ve always heard government was about, all right: protecting the rights of “the Church” to transmit its values to the young. First of all, what church? Some churches support LGBT equality, you know. Second, who is stopping any churches from transmitting any of their beliefs to young church-goers, and how in the world could same-sex marriages keep those churches from keeping up those practices? Frankly, the more you look at the arguments for the amendment, the more backward — I mean scary, country-hick backward — they get. 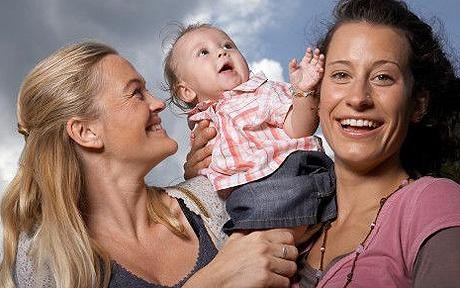