Officials are reiterating what we already know: Many of the fish in the Catawba River — our source of drinking water and one of the most endangered and stressed rivers in the nation — aren't suitable for eating because they're tainted with pollution. At this time, the governments of North and South Carolina seem mostly concerned with PCBs and mercury.

Lake Wylie, Mountain Island Lake and Lake Norman are all part of the Catawba River, all created by hydroelectric dams, all the source of cooling water for other energy plants — like coal an nuclear — and they're all owned by Duke Energy.

From The Charlotte Observer:

Toxic compounds called PCBs have been found in largemouth bass in the N.C. portion of Lake Wylie, N.C. health authorities said Friday in warning the public to limit consumption of the fish.

Largemouth bass also are likely to be contaminated by mercury, a toxic metal. A statewide advisory is already in effect for that contaminant, which was the subject of a federal crackdown this week.

Then, for the first time, health officials warned the public not to eat fish - channel catfish - from Mountain Island Lake west of Charlotte. Mountain Island is the major water supply for Charlotte and Gastonia, although the PCBs found there pose no risk to drinking water.

Read the rest of this story, by Bruce Henderson, here.

Here's one of two that I've spotted so far. Let's hope there are many more, since people fish all over that lake's shoreline. 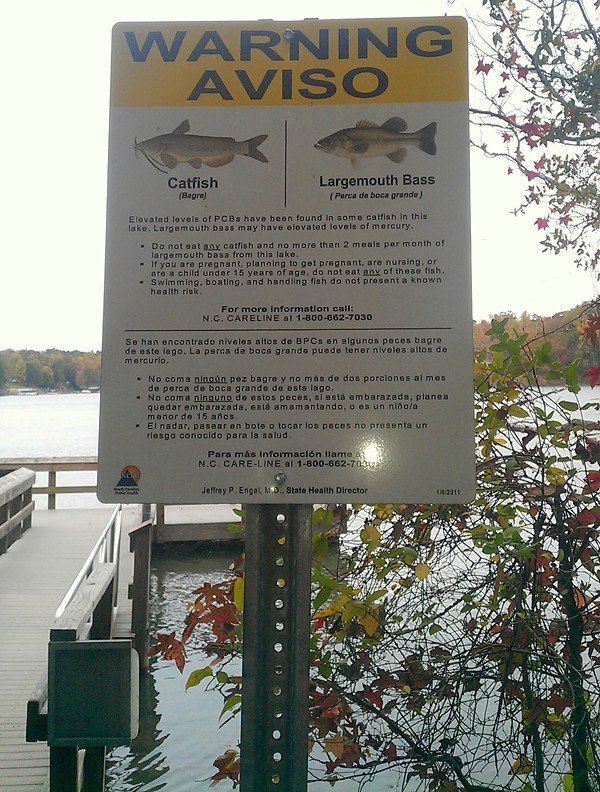