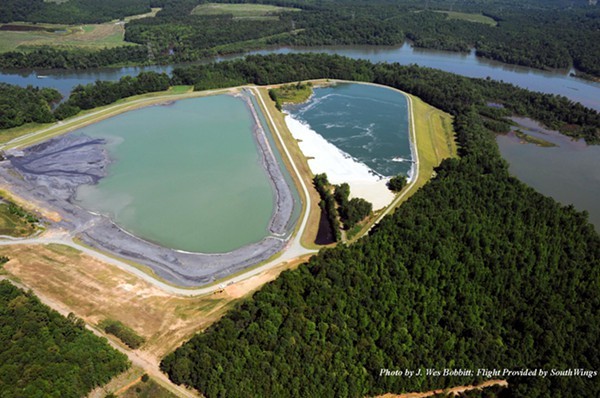 We've been reporting on Congress' move to make it nearly impossible for the U.S. Environmental Protection Agency to regulate coal ash — something the agency has been considering for decades, but only began taking seriously after the Tennessee Valley Authority disaster of Dec. 22, 2008.

The bill made it through the U.S. House of Representatives and is waiting on the Senate to make a move.

Duke Energy and Progress Energy, North Carolina's big energy companies — and the ones hoping to merge soon — have outspent every other entity in their coal-ash lobbying efforts. They'd prefer coal-ash regulation stays as it is: minimal; the feds don't regulate it, and the states barely do.

Today, EIP also released a letter to Congress from thousands of residents near coal ash dump sites in 27 states pleading for proper federal oversight - even as some in Congress are urging that federal oversight to clean up toxic coal ash pollution be relaxed and authority to enforce meaningful standards be eliminated.

Since 2010, EIP has identified 90 coal ash ponds and landfills with groundwater contamination that have been overlooked in reports prepared by the U.S. Environmental Protection Agency (EPA). Nearly all (19 of 20) of the newly identified problem coal ash dump sites have contaminated groundwater with arsenic or other toxic metals exceeding at least one Safe Drinking Water Act Maximum Contaminant Level (MCL) as well as other health-based standards. An additional site in Indiana has contaminated soil along a rail trail with arsenic 900 times the federal screening levels for site cleanups.