If fertilized eggs are humans, those eggs I ate today were chickens

Mississippians are voting today on Proposition 26, a very dangerous ballot amendment that, if passed, would define life as beginning at the very moment of fertilization. It’s part of a national campaign by a Colorado group called Personhood USA, which wants to get all 50 states to define a fertilized human egg as a person.

What’s even more dangerous is that there are people in the N.C. General Assembly who would support such a legislative atrocity. (Calling Rep. “Skip” Stam . . .) The goal of the legislation is, of course, to ban abortions, and even ban some types of birth control (not to mention that it would turn specific religious beliefs into laws, thus creating one more instance in which religious fanatics tell everyone else how to act). The latest polls show the state’s citizenry is evenly divided over Prop 26.

The New York Times describes the consequences of passing the proposition:

The amendment in Mississippi would ban virtually all abortions, including those resulting from rape or incest. It would bar some birth control methods, including IUDs and “morning-after pills,” which prevent fertilized eggs from implanting in the uterus. It would also outlaw the destruction of embryos created in laboratories [thus affecting some attempts at in vitro fertilization].

The man who drafted the proposal is the infamous Les Riley, who, as TalkingPointsMemo puts it, “has a long and colorful history in the fringes of right-wing politics.” Riley, it turns out, was part of the “Christian secessionist” group Christian Exodus, which tried to get all “right-thinking” Christians (i.e., demented zealots) to move to Greenville, S.C. He is also chair of something called the Mississippi Constitution Party, which says it wants to “restore” the government’s “Biblical presuppositions.”

There are approximately 200,000 jokes one could make about Riley and his crew, and about the extreme right’s disconcerting success in even getting such claptrap onto a state’s ballot, but here’s the bottom line for me: In most civilized countries, these modernity-challenged throwbacks have been tossed onto the trash pile of history. So, for the love of God, country and family, why do we still grant any legitimacy to these sad, scared people?

Here, as a blog bonus, are more thoughts on Proposition 26, some original and some from the comments section of TalkingPointsMemo:

* It’s like saying that those eggs you ate this morning were chickens.
* Or that the pile of wood in your back yard is actually a house.
* If this passes, it will require every miscarriage to be investigated as a homicide.
* How can a clump of cells that only has a 75% chance of making it through three months before it miscarries be considered a person?
* Someone should file a writ of habeas corpus for all the frozen embryos.
* Will pregnant women be able to take a tax deduction for that dependent “person” inside them?
* So, since under U.S. law corporations are “persons,” does this mean that anytime someone starts up a small business, it is automatically a corporation?
* If an illegal immigrant couple conceive, is their fertilized egg a U.S. citizen?
* If it passes, will the drinking age be lowered by nine months?
* Does this mean we all have to change our birthdays to whenever our parents had sex to create us? Because I don't really want to know.
* How about “it's none of your business”? How about butting out of women's medical decision, unless you want them to review YOUR records for treatments they find objectionable? 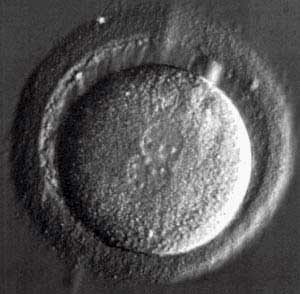