Bank of America's CEO is pissed off. Boo hoo

Life these days seems chock full of “Don’t know whether to laugh or cry” moments. Few of them are more hilariously painful than Brian Moynihan’s latest little fit.

It seems the Bank of America CEO is really, really mad — “incensed,” to be exact — about all the bad-mouthing his poor widdle bank is taking from critics. Moynihan told employees in a global town hall meeting last week that he’s incensed about widespread criticism of BofA, particularly, he said, "when you think about how much good all of you do, whether it's volunteer hours, charitable giving we do, serving clients and customers well." There were no reports of riotous laughter after that part about serving customers well, so we can only conclude that Moynihan was serious. If so, we can also conclude that he’s about as out of touch and clueless as someone can be regarding public attitudes these days.

BofA execs already have said how mad they are about public criticism of their $5-per-month charge for debit card users. The company's counterattack, as well as the timing of the debit-card fee announcement in the first place, are evidence of how tone-deaf BofA is to the Non-Banking World’s concerns— and how inept the company has become in the PR department. It’s clear that the public’s instinctive revulsion upon learning about the new debit-card charges was less about the $5 and more a matter of “the straw that broke the camel’s back.”

You know, Brian, it’s not just the debit-card thing. Since you seem to have forgotten why your company’s reputation has plummeted, here’s a short guide to help you:

* Bank of America was a part — although admittedly not as large a part as, say, Goldman Sachs — of the insane Wall St. gambling in derivatives that nearly brought down the global economy.

* You were bailed out by taxpayers and yet act as if the rest of us saving your butt was no big deal. Again, tone-deaf.

* You have laid off more than 30,000 employees — thirty thousand! And you think you’re incensed? 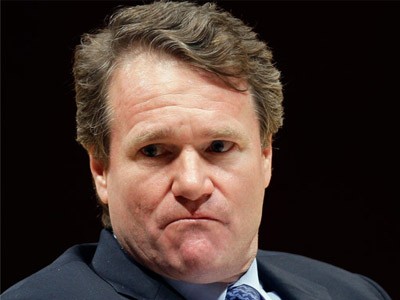