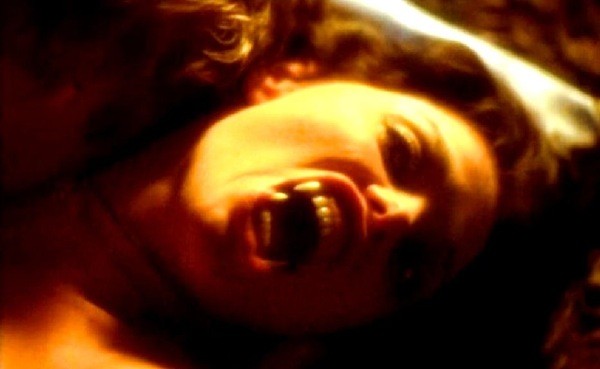 The best of the three werewolf pictures released in the same year — the others were An American Werewolf In London and Wolfen — The Howling is one of those rare horror flicks that manages to integrate some humor into the proceedings without detracting from the terror elements. For that, we can thank director Joe Dante and scripter John Sayles, who both tweak the genre while still maintaining an obvious reverence; E.T. mom Dee Wallace, who delivers an excellent performance as a TV news reporter who unwittingly ends up at a resort populated by a werewolf colony; and makeup artist Rob Bottin, responsible for the astonishing transformation scenes.

Made for $1 million (admittedly, the low budget resulted in some shortcuts; check out the laughable conclusion to the campfire scene), this grossed $18 million and led to seven schlock sequels, none of which had anything to do with this class act. A top-notch werewolf flick on its own, this offers added appeal to film buffs, who will catch the brief appearances by horror-movie mainstays (including John Carradine, Dick Miller and Famous Monsters of Filmland editor Forrest J Ackerman) and the fact that most of the characters are named after directors of previous wolfman pictures.