The Last Mountain will move viewers 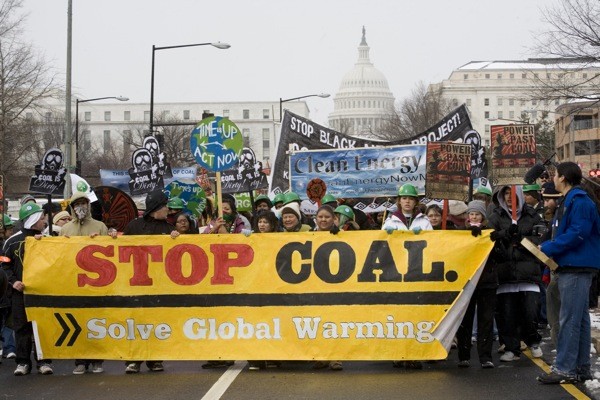 The Last Mountain, a documentary about mountain top removal, opens with an aerial view of a smoke stack, making it clear from the get-go that this movie's intention is to make sure you understand that electricity isn't magic, and that our persistent demand for it has a negative impact on our neighbors in the mountains.

The people in the film describe the coal industry's actions with words like "crime," "stealing" and "raping." They feel as though the mountains are being stolen from them and that the area is being destroyed and robbed of its resources and jobs, only to be cobbled back together in such a way that the new, grass-covered hills of rubble create serious and expensive flooding issues for downstream residents.

But, the documentary asserts, all is not lost; people are educating themselves, working together and standing up against the coal companies in a true display of democracy in action.

If the film has stars, they are Bobby Kennedy, Jr., an environmental lawyer and activist, who says we should stop "treating our planet like it was in liquidation"; and Maria Gunnoe, an outspoken member of the Coal River Valley community who mistakenly thought her government would stand up for her neighbors’ rights and well-being. Unfortunately for her, the corporations creating the explosions don't care much for her complaints about said explosions, floods or polluted water. “Corporations do not want democracy, they want profits," says Kennedy, and since those companies are the wallets behind billions of lobbying dollars and political campaigns intended to stunt environmental regulations while paying violations fines as if they're just another business operating expense, so far it's their will that has been done. 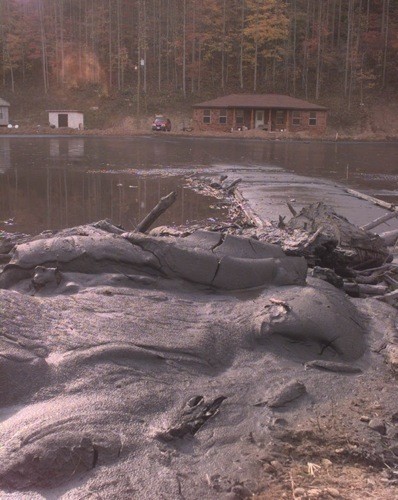 In Coal River Valley, coal giant Massey Energy is actively blowing up the Appalachians for its fuel, dumping the leftovers into dangerous sludge impoundments and once-breathtaking valleys, ruining wild and woody land that Americans have lived on since the Colonial days. Runoff pollution taints area drinking water wells and once-clear streams that are now loaded with heavy metals like lead, arsenic, selenium, manganese and others — substances that can lead to cancer, autism, learning disabilities, behavioral disorders, and more — effectively depriving residents of one of life's most basic ingredients: water.

“The coal company’s goal is to depopulate these valleys,” says Gunnoe in a tear-filled moment in front of her boarded-up family church.

Meanwhile, the head of Massey, Don Blankenship, an infamous climate change denier, calls the activists “environmental extremists” and claims their goal to save the planet is endangering American jobs.

“He talks a good game, but really nothing can be further from the truth,” says a Vanity Fair journalist interviewed for the film, adding that Blankenship is accusing environmentalists of destroying jobs when it's the monster-sized, mountain-eating machinery his company employs that's to blame for job losses. 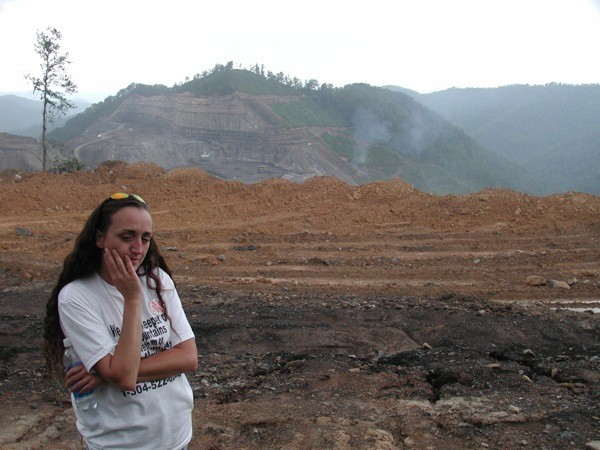 Undeterred, the community has come up with an alternate plan to bolster jobs; they banded together to fund a study that concluded installing wind turbines on the mountains would be more fiscally advantageous than destroying them for coal. They even worked with Google Maps (go here) to create an interactive image of their dream, which they estimate can produce enough energy for 70,000 homes without destroying the landscape or polluting the water.

So the question is: Will the will of the people overcome big energy interests?

This Friday, Aug. 5, moviegoers are invited to view the film’s North Carolina premiere, where several area environmental organizations — the Central Piedmont Sierra Club, Clean Air Carolina, Greenpeace Charlotte and Appalachian Voices — plan to make an event out of it. They're hosting a Q&A session after the film, and then crossing the parking lot for a snack at Fuel Pizza. The event begins at 7 p.m. at Regal Park Terrace Stadium 6, 4289 Park Road.

(The documentary The Last Mountain opens tomorrow, Aug. 5, at Park Terrace. It will run at least a week. For showtimes and ticket prices, go here. For more info on the film, go here.)