Newt Gingrich’s National Clown routine gets more and more ludicrous, as he continues his darkly comical quest to be the GOP presidential nominee. Yesterday, Gingrich complained that the press wasn’t publicizing the fact that he has tons of Twitter followers: more than 1 million, in fact, more than all the other presidential candidates combined. And then, as often happens to Gringrich, someone checked up on his claim, and he was exposed, for the umpteenth time, as a lying con artist — and the kind of con artist who’s so self-enamored, he doesn’t bother to cover his tracks. It turns out that most of Newt’s followers on Twitter are fake. A Gingrich staffer told The Gawker website that Newt hired several agencies to procure Twitter followers for him by setting up dummy accounts. The staffer estimates that only about 10 percent of Newt’s Twitter “followers” are for real. I guess there’s a reason Gingrich has been successful at writing historical fiction.

So the question needs to be asked: Can Newt Gingrich do anything right? The answer is yes, he plays the role of a bumbling clown at a birthday party very well. Remember that when he was Speaker of the U.S. House of Representatives, Newt had to resign his post after a tumultuous four-and-a-half year tenure in which he became the first House Speaker to be reprimanded for ethics violations; was handed his ass politically by Bill Clinton when the latter called Gingrich’s bluff on a government shutdown; blasted Clinton for copping B.J.s from Monica Lewinsky while the Newtster was diddling a staffer 23 years his junior (who is now his third wife); and was blamed for the GOP’s electoral losses in 1998. His current presidential campaign has been crippled by the mass departure of his staff, who resigned in disgust over Newt’s plans to use his campaign to direct-sell his books, films, etc. — not to mention that Gingrich’s campaign is the only one to actually lose money during the last quarter. On top of that, he made headlines by blaming his philandering on his “passion for America,” and was caught in lie about his campaign’s emphasis on using only Made In America products, when his campaign T-shirts turned out to have been manufactured in El Salvador — which is appropriate when you think about it, since Newt’s policy ideas would have most Americans working for the same kind of starvation wages enjoyed so much by the Salvadorans. And now, the fake Twitter followers. If people haven’t caught on by now that Gingrich is a transparently self-serving, egomaniacal hustler who will say or do anything to enrich himself, you have to wonder if they ever will. 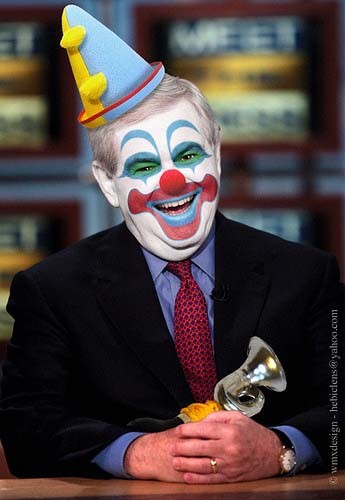 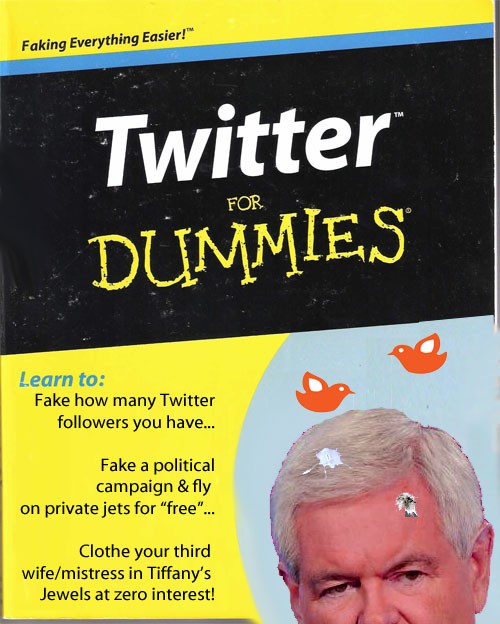