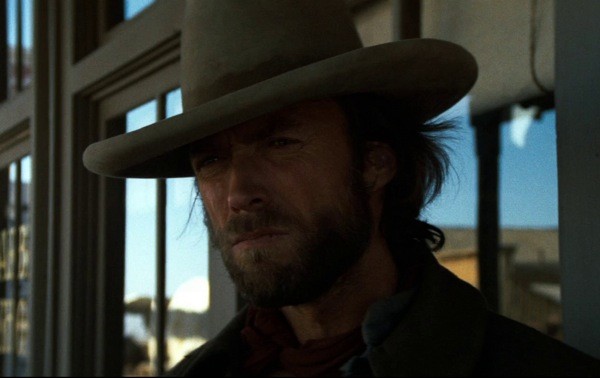 An important movie in the maturation of Clint Eastwood as both actor and director, The Outlaw Josey Wales finds the legend cast as a Civil War-era farmer whose wife and son are killed by rampaging Union soldiers.

Josey Wales seeks those responsible for the senseless slaughter, but this isn't a mere "revenge yarn" pitting a taciturn loner against impossible odds. Instead, Wales finds himself picking up sidekicks throughout the film like so many stray puppies—  he's in effect still a family man without realizing it — and the finality of both killing and dying, weighty issues that would dominate later Eastwood efforts like Unforgiven and Mystic River, is treated with some measure of import (at least most of the time; when the victims are worthless, villainous rednecks, Wales spits out his chewing tobacco on their lifeless corpses, a running gag that never grows old).

Progressive in its sympathies for the plight of Native Americans, the film offers a plum supporting role to Chief Dan George as Wales' talkative companion — he's as delightful here as in his Oscar-nominated turn in 1970's Little Big Man — and even finds a spot for One Flew Over the Cuckoo's Nest's Will Sampson as a Comanche chief (the solitary scene between Sampson and Eastwood is superb).

Philip Kaufman, who would go on to co-write Raiders of the Lost Ark and direct The Right Stuff, co-penned the screenplay with Sonia Chernus (adapting Forrest Carter's book Gone to Texas) and actually began as the film's director until Eastwood elected to take over. An Academy Award nominee for Jerry Fielding's score, this was added to the Library of Congress' National Film registry in 1996.

(For reviews of more Blu-ray and DVD releases, check out this week's View from the Couch column elsewhere on this site.)