Jumping the Broom: Worth the leap 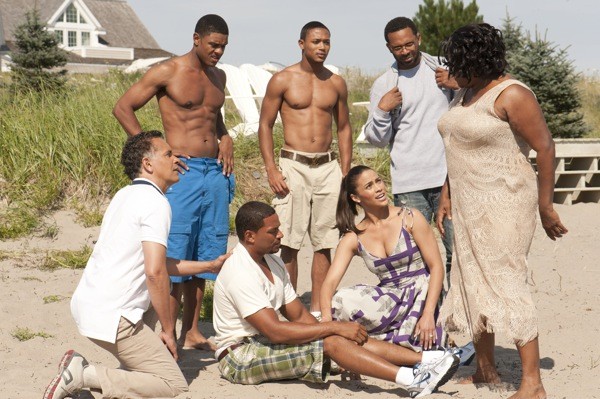 The opening moments of Jumping the Broom left me cringing, as if I had wandered into the screening for a sequel to Something Borrowed (Something Blue?). Sabrina Watson (Paula Patton) has just finished having sex with someone she hopes will be Mr. Right. Instead, he's merely a player — actually, a caricature of a player — spending the moments after intercourse admiring himself in the mirror and speaking on his cell phone to another hottie-in-waiting. At this point, Sabrina swears off premarital sex, fears that she will never find the right guy, and then suddenly runs into him — literally, as she accidentally smacks him with her car.

So far, so painful. But with the necessary setup out of the way, screenwriters Elizabeth Hunter and Arlene Gibbs are able to plunge headlong into the real meat of the story: the developments that occur when the families of Sabrina and her fiancé, Jason Taylor (Laz Alonso), finally meet on the weekend of the wedding. Sabrina's family is wealthy, living the high life in a Martha's Vineyard mansion; Jason's family is lower-middle-class and stuck out in Brooklyn. The principal fighters are Sabrina's brittle mother (Angela Bassett), who's used to giving orders and having them obeyed, and Jason's loudmouthed mom (Loretta Devine), a widowed postal worker who eyes the upper classes with suspicion. Thus, the culture clash isn't merely between rich and poor but between rich blacks and poor blacks ("My family didn't come from a line of slaves; my family used to own slaves," Mrs. Watson unwisely utters during the rehearsal dinner). 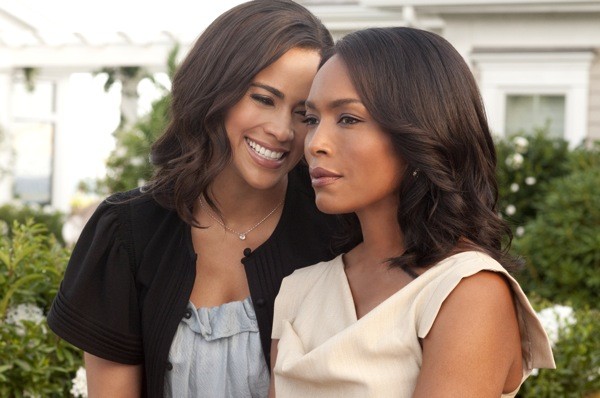 Under the auspices of Pastor T.D. Jakes (who produced the film and appears as Reverend James), director Salim Akil and the writers juggle a wide range of characters and subplots, and to their credit, they fumble very few of them. Until Devine's overly protective mom is unfortunately turned into the film's closest thing to a villain during the third act, all of the characters are allowed to be believably flawed, allowing us to see the right and wrong on both sides of each issue being presented. The tension between the mothers is palpable, and there are several relatives and best friends on hand to provide comic relief (Mike Epps is particularly pleasing as Jason's laid-back uncle). Jumping the Broom is no Soul Food, but as a worthy seriocomedy about African-American family dynamics, it's nourishing enough.