With the destruction of the large trees in front of 14 homes on Park Road in Sedgefield, it looks as if we’ve hit the trifecta of harmful crap perpetrated by blind, oblivious government momentum.  We’ve written twice recently about how hard it is to stop big government projects once the plans are in place, no matter how many reasonable objections are raised or how much unforeseen negative impact is pointed out. Now, it seems it’s even impossible to stop an obviously flawed small government project, in a city that's supposedly concerned about its shrinking tree canopy.

Yesterday, city crews started taking down large oaks and magnolias on a 0.2-mile strip of land on one side of Park Road between Poindexter and Sunset drives. It’s the end of a battle that’s been going on for months, as residents fought the plan to no avail. Some Sedgefield residents, however, think that finishing the sidewalks is a good idea, the trees be damned, because it will now be easier for them to walk to local businesses without having to cross normally super-busy Park Road. Both sides have good points, but here are mine:

First, the city should have at least waited until its corridor study for the Park Road area was completed. The Park Road Corridor Study was requested by the Sedgefield Neighborhood Association, in response to the tree-cutting plan. The city agreed to conduct the study, which is to evaluate the Park Road corridor residents’ needs for transportation and access, but then went ahead with the plan to take down the trees. I think we’ve found a new working definition for the word “arrogant.”

Second, there are ways to put in a sidewalk at the spot in question without destroying the trees; namely, using tough, rubberized sidewalk pavers, invented in 1999 and now used in over 90 American cities. But no. That would have meant actually changing a city plan. Better to lead residents on with a corridor study and then, when they’re not looking, go ahead and tear down their trees and get it over with. After all, there are other projects waiting. Your tax dollars at work, dear readers, to the tune of $400,000, sidewalks included. The daily paper has provided a slideshow of the exciting tree cutting action on Park Road, which you can see here. 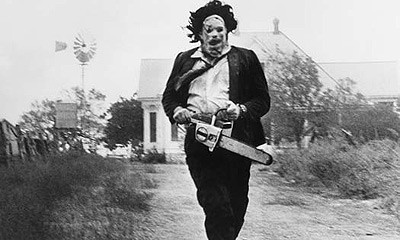