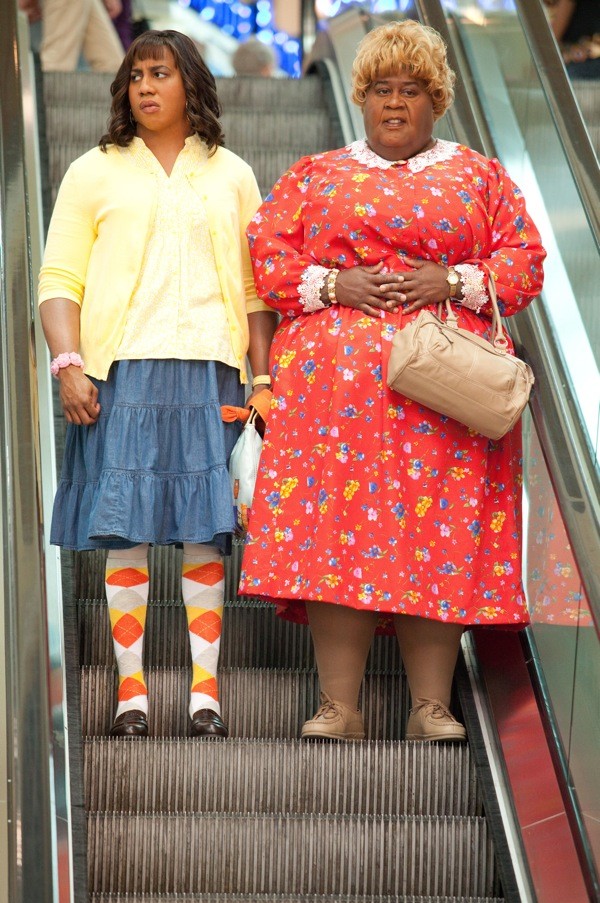 Big Mommas: Like Father, Like Son isn't like Some Like It Hot; instead, it's like every other witless sequel meant to prolong the life cycle of a flailing franchise. Like it or not, the fact remains that there's not much to like here, and it only escapes a bomb rating because it's more irritating than offensive — like an ant crawling across a countertop rather than a roach roosting in the cereal box.

The second sequel to the 2000 box office hit Big Momma's House, this finds Martin Lawrence again cast as FBI agent Malcolm Turner, donning the wig and fat suit once more to elude some Russian mobsters. The added, uh, hilarity comes with the notion that Malcolm's stepson Trent (Brandon T. Jackson) must also disguise himself as a female — in his case, a student named Charmaine. Together, Madea — excuse me, Big Momma — and Charmaine head to an all-girls arts school to uncover some evidence that will put away the criminals on their trail. Big Momma gets romantically wooed by a hefty caretaker (Faizon Love) who's into hefty women, Charmaine ogles the young ladies as they strip down to their undies, and everyone involved dutifully collects their paychecks while hoping for better luck the next time out.