Orson Welles’ 1941 Citizen Kane has been cited as the greatest film ever made from so many different quarters — the American Film Institute, the long-running Sight and Sound survey, even Creative Loafing’s own poll way back in 1998 — it’s a wonder that a Congressional law hasn’t been passed making it required viewing for anyone who claims they like movies. If you’ve never seen it, or want to see it again for the umpteenth time, here’s your chance, as the Main Library is kicking off its annual slate of free movies with a screening.

With his first picture, writer-director-producer-star Welles introduced and/or perfected a slew of innovative cinematic techniques, as well as related a damn good mystery (“Rosebud”) and an even better character study. But those aren’t the only reasons this film about the rise and fall of newspaper magnate and empire-builder Charles Foster Kane (largely based on William Randolph Hearst) endures; what really provides it with its emotional hook is how perfectly Welles captures the feelings of loneliness, alienation and despair that often all but define human existence. The sequence in which Kane, who has everything except what’s most important to him, finally cracks and destroys the room around him in an almost robotic manner is one of the most haunting ever committed to celluloid — yet it’s merely just one more great scene in a movie packed with ‘em. 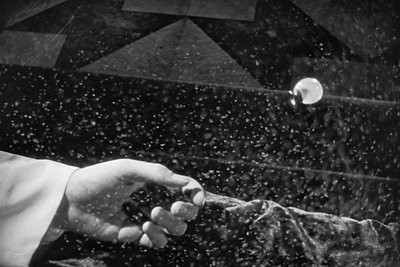 Citizen Kane will be screened at 2 p.m. this Saturday, Jan. 22, in Wachovia Playhouse at ImaginOn. Admission is free. There will be a screening of another Welles gem, 1948’s The Lady from Shanghai, the following Saturday, Jan. 29 — same time, same place, same free admission. For details, call 704-416-0252.