It is often astonishing what the mainstream media chooses to cover or not cover. A case in point is the recent news from General Motors. Considering the flaming, angry uproar that greeted Pres. Obama’s plan to bail out GM, you’d think the concrete results of the bailout, two years later, would be really big news. But no. A few stories were written, and maybe a grand total of three minutes on network newscasts were given to the bailout’s now-obvious success.

In case you didn’t hear about it — or heard FoxNews’ usual La-La Land distortions about it — GM is experiencing a rebirth, and recently made its initial public offering of stock. As ThinkProgress reports, the federal government’s ownership in GM has now been cut in half; billions in bailout money has been returned to the government; and a total exit by the government will probably take place within two years. In the meantime, tens of thousands of jobs were saved, and a variety of industries were kept solvent, including the many companies that sell parts and services to GM.

As you may recall, however, when the GM bailout was proposed, conservatives nearly had a stroke, solemnly declaring to all and sundry that the GM bailout was (naturally) “socialism,” an evil government takeover of private property, part of Obama’s “war on capitalism,” and “destined to be a predictable failure.” (See the ThinkProgress story to identify the authors of those quotes, and more).

The vapid, kneejerk cries of “socialism” from critics who don’t have the slightest clue regarding what they’re yapping about is something we’ve almost grown used to. Sad to say, with the GOP now in control of the House, we’ll no doubt hear the same crabby ignorance a lot in the next two years. The truth, however, at least where the GM bailout is concerned, is that, according to the Center for Automotive Research, “if the government had not invested in the automotive industry, up to 80,000 automotive jobs would have been lost, and General Motors alone would have lost one million units of sales in 2009.” In addition, 53,000 workers have been added to GM’s rolls since July ’09. And the bailout money is being paid back, and people's jobs were saved, and on and on. That's the kind of thing smartly run governments do in emergency situations. As usual, the GOP came down on the side of panic and pessimism instead. Their constant attacks on government actions to save jobs, and their belief that the government can't do anything right, is understandable in a way; they're not used to government competence during GOP administrations. As author P.J. O'Rourke (who is Republican), wrote in his book Parliament of Whores, "Republicans say government doesn't work. Then they get elected and prove it." 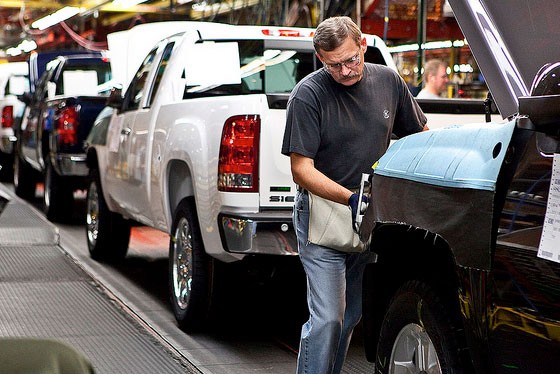