Someone told me recently that since I am approaching geezerhood, I shouldn't like Lady Gaga. It made no sense to me, and I replied that I've been a music fanatic most of my life and, sorry, impending geezerhood or no, I think Lady G is great.  She's certainly been busy lately, and we don’t just mean picking up all those awards at Sunday’s MTV soiree. Since a federal judge in California ruled that DADT is unconstitutional, Gaga has also turned into a strong, vocal advocate for the repeal of the military’s Don’t Ask Don’t Tell policy. She showed up for the MTV awards with four former military personnel who had been dismissed because they were openly gay. She’s tweeted her fans, asking them to contact Sen. Harry Reid to urge him to hold a debate on the issue (Reid tweeted her back, saying a vote on DADT is scheduled for next week.)

The superstar singer is coming to Charlotte Saturday, and to Raleigh on Sunday, as part of her Monster Ball tour. Here’s hoping the Lady will use part of her time in North Carolina continuing her push for the repeal of DADT. In case you’re wondering, U.S. Sen Kay Hagan of N.C. voted last spring to end DADT; Sen. Richard Burr, currently in a re-election campaign, does not support repeal. 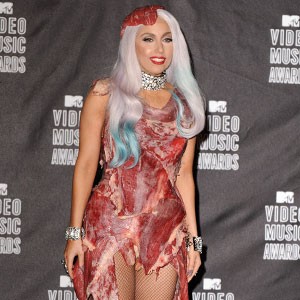