Here’s something worth celebrating: Today is the 90th anniversary of the day when American women got the right to vote. It’s shocking to think that women in the U.S. didn’t have that right until 1920, but there you have it. Women didn’t gain the right to vote in America until after a decades-long struggle that split the country. As you’d expect, progressives were in favor of women’s suffrage, while conservatives railed against it. (And of course, one of the arguments made against women voters was that it was contrary to biblical scripture, just as scripture was supposedly in favor of slavery, against the civil rights laws of the '60s, and gay rights today.)

America wasn’t the last to come around to gender voting equality, though. Two nations now considered models of modern democracy waited even longer: France in 1944, and unbelievably, Switzerland in 1971. If you're glad American women can vote (and if you're not, please see a therapist), here are three women without whose authority-defying courage it never would have happened. 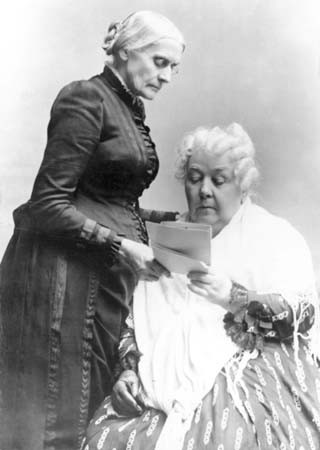