Considering that 2005's Nanny McPhee hasn't exactly established itself on this side of the Atlantic as a family classic, there's nothing about the title Nanny McPhee Returns to suggest that this sequel will fare any better. Perhaps Universal Pictures would have been wise to keep the film's original British moniker, Nanny McPhee and the Big Bang, in the hopes that a few ill-informed folks stateside would mistake it for a softcore romp and hand over their hard-earned dollars.

Certainly, this children's tale could use more bang for the filmgoer's buck, relating an occasionally clever but often daft yarn about the efforts of the title character (again played by Emma Thompson) to help a struggling mother (Maggie Gyllenhaal, affecting a fine English accent) with her brood while her husband's off fighting in World War II. The children are all well-cast, but this overdoses on the saccharine: Watching CGI critters do supposedly cute things (a bird constantly belching, pigs engaging in synchronized swimming) isn't exactly my cup of tea — English Breakfast, English Afternoon, or otherwise. 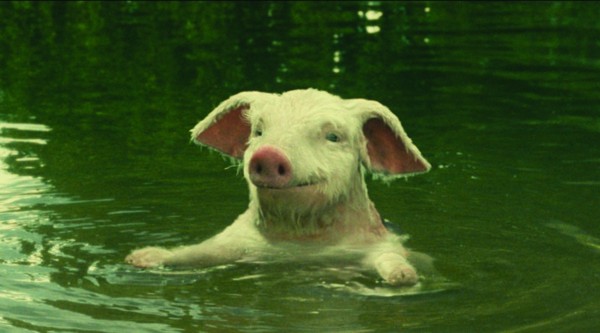