Friday is usually the day for the Stupid Thing of the Week, but this time around we’re proud to present the Stupidest Thing of the Year (So Far): the utterly unhinged “terror babies conspiracy.” Some Republican members of Congress from Texas have apparently let their fears of terrorism, illegal immigrants and anchor babies morph into a  new wacked-out belief that has driven them over the edge. The members of  Congress — members of Congress, for God’s sake — are pushing the incredible claim that Middle Eastern women are coming to the U.S. to have babies who will automatically become American citizens; the mothers then take the babies back to the Middle East to grow up and be trained as terrorists, after which the now-grown “terror babies” return to America as U.S. citizens and blow everything up. Or something.

Anderson Cooper at CNN has been looking into the claims, including doing interviews with two of the Texan lawmakers spreading their paranoid fantasies on the floor of the U.S. House of Representatives. Cooper also interviewed Tom Fuentes, the FBI's assistant director of international operations from 2004 to 2008, who shot down the terror baby stories. Fuentes told CNN, "The FBI has 75 offices overseas, including offices in Jordan, Turkey, Israel, Saudi Arabia, Yemen, Pakistan. There was never a credible report — or any report, for that matter — coming across . . . to indicate that there was such a plan for these terror babies to be born.” Cooper then interviewed one of the wildest goofballs to ever come out of Texas politics (and that’s really saying something), Rep. Louie Gohmert. The CNN host asked the lawmaker for evidence of the terror baby conspiracy — at which point Gohmert launched into non-stop yelling for a few minutes while Cooper tried to get a straight answer. It makes for great viewing, and pretty funny political theater. Is anyone else concerned that the country's going off the rails? In any case, you can see the videos of Cooper interviewing Fuentes here, and with Gohmert here. Enjoy the videos, and have a good weekend. 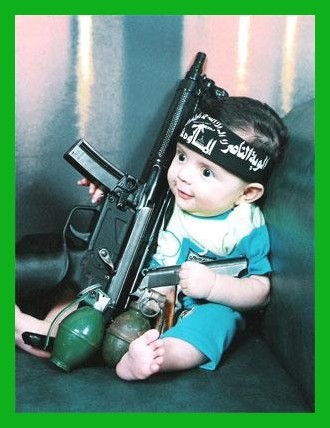