Levi, Bristol and the Wasilla Hillbillies

Does the following story make you think of any particular American cultural sub-group? First, Bristol Palin and Levi Johnston had an illegitimate baby boy, Tripp, even though Bristol’s mom was a full-tilt advocate of pre-marital abstinence. Levi’s mom was more into crystal meth, and was busted. Bristol's mom attended a church where she was protected from witchcraft, people signed up to be "warriors for Jesus," and some members speak in tongues.  Then Levi and Bristol broke up, and Bristol started a campaign for abstinence (kind of like if Levi’s mom started an anti-drug campaign). Levi talked trash about the Palins all over the place, and Bristol’s mom let it be known she hates Levi’s guts. Then suddenly, Bristol and Levi are getting married, to give Tripp a good, stable Christian home. But then, Levi tells Bristol he may have gotten another woman pregnant, too. Oh, and he wants Bristol to be part of a reality show with him. So now, the marriage is off, and Bristol and Tripp have been ordered by mom to move back home.

... And that, ladies and gentlemen, is just the first episode of the new CBS hit sitcom, The Wasilla Hillbillies. It’s not exactly the reality show Levi wanted, but it’s pretty damned close. 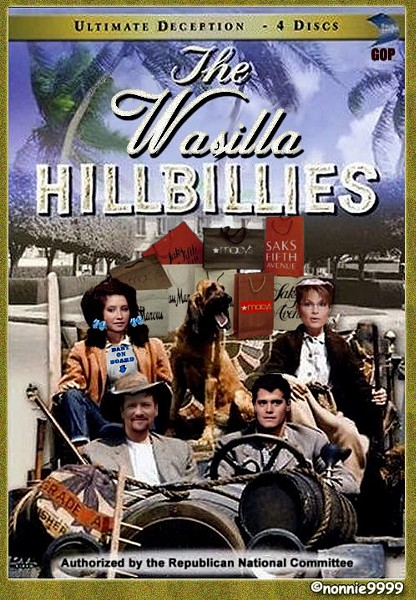