It’s gonna be a rip-snortin’, double-barreled bushel of fun when a whole passel of armed homegrown patriots get together next month for a good ol', downhome Restore The Constitution rally. On August 14, right-wing crazies, er, enthusiasts, complete with openly carried rifles and loaded pistols, will gather at Guilford Courthouse Battleground National Park in Greensboro to “peacefully demand that their government abide by the U.S. Constitution and the Bill of Rights,” according to their announcement. The group says it’s concerned about the government taking away Americans’ constitutional rights, and so they’re doing something about it: Walking around in public with loaded weapons. O-kay, then.

Any doubts about where these guys are coming from was dispelled by their announcement of the rally's headline speaker: Mike Vanderboegh, one of the more extreme right-wing activists out there. Vanderboegh gained notoriety by urging the formation of armed militias to “deter” the government’s evil scheme to steal everybody’s guns; inciting opponents of health care reform to break out the windows of Democratic headquarters (although he’ll be glad to continue getting his monthly Marxist disability checks from the federal government); and starting the “3-Percenters,” a group that sits around talking to each other on the Internet about how terrible the government is and how they’ll never ever ever give up their guns, by God. Well, we have a few questions for these constitutional scholars:

1. If you’re concerned about the Bill of Rights, where were you guys when Bush & Co. started their completely unconstitutional, wide-ranging wiretaps on U.S. citizens? Or when they started putting people in prison, including American citizens, without charging them or giving them access to the court system? Or deciding that the right of habeas corpus, one of the basic protections of Western Civilization, is crap?

2. You do realize, don’t you, that the current president has not made the slightest move, or shown the slightest inclination, to limit gun rights?

3. You do realize, don’t you, that the current president is the one who signed the law that allows you to parade around with your guns in a National Park?

4. Finally — and an honest answer, please — how would you react if, say, a hundred Black Muslims held a public demonstration — openly armed to the teeth — to “assert our gun rights”?

As James Protzman, of the BlueNC site, aptly put it, these “Hatriots” simply “can't stand having a black guy in the White House unless he's a janitor. They ought to be thrilled then, because Obama will spend his entire presidency cleaning up the eight years of mess made by George Bush.” 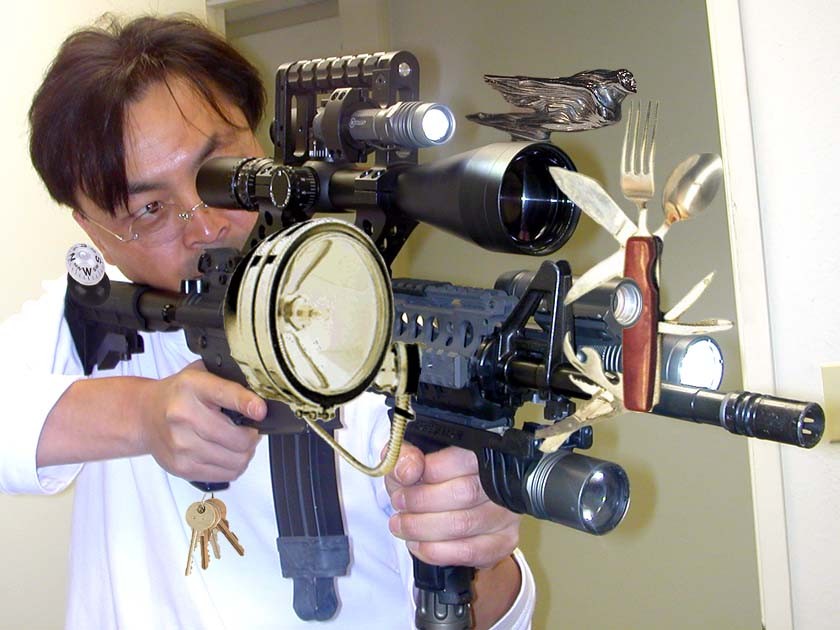