Law Abiding Citizen: Lock it up

Vigilante justice in real life is, to put it mildly, highly problematic, but when it comes to cinema, who doesn't occasionally feel some measure of catharsis in watching a sympathetic protagonist skirt around a deeply flawed legal system and exact his revenge on his own terms? Take, for instance, the original Death Wish. Bad guys kill Charles Bronson's wife, Charles Bronson kills bad guys. The end. (At least until the sorry string of sequels.)

Ah, for those simpler times of Chuck-style vengeance. Law Abiding Citizen initially appears as if it will be a modern rendition of the same type of tale, as loving family man Clyde Shelton (Gerard Butler) must watch helplessly as his wife and little girl are murdered right in front of him. The killer, Clarence Darby (Christian Stolte), and his unwilling accomplice, Rupert Ames (Josh Stewart), are apprehended, but while Clyde wants both of them to pay for their crime, Clyde's lawyer Nick Rice (Jamie Foxx), who's only interested in maintaining his high conviction-rate percentage, negotiates a deal with Darby that results in him serving a short jail stint while Ames goes to the electric chair. Cut to 10 years later, and Clyde sets out to get his revenge — not only on the criminals but also on the whole judicial system that failed them. 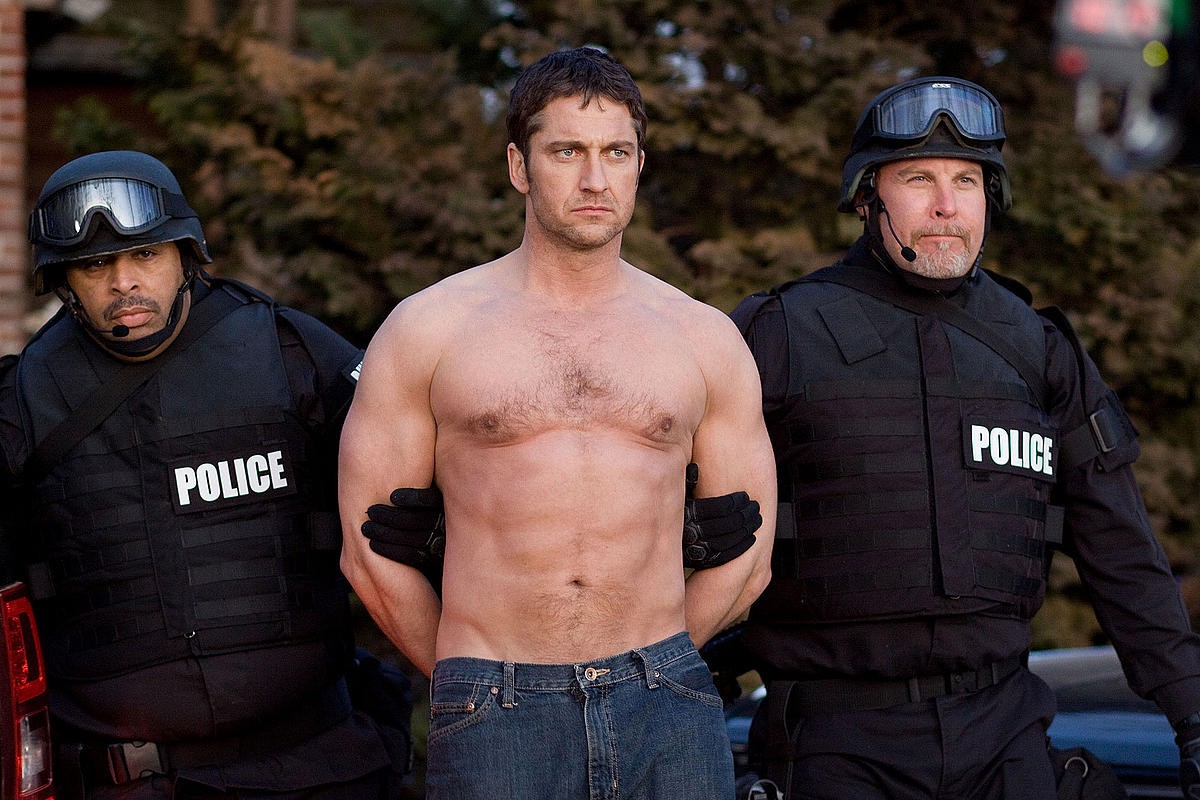 Initially, Law Abiding Citizen makes all the right moves, and it's fun to watch Clyde punch holes in the whole manner in which this country handles its criminal cases. It soon becomes clear that the film is going past the black-and-white morality of Death Wish, which is fine had it continued to offer viewers thought-provoking scenarios. Instead, Law Abiding Citizen turns into an ugly, sordid affair, a gruesome melodrama that, too afraid to tackle the issues it brings up, instead elects to transform into a ridiculous thriller about a psychopath terrorizing a city. Foxx's character is ostensibly supposed to be the hero — or at least turn into one before the end — but Nick Rice remains a shallow, unrepentant lout (despite some lip-service speeches that never sound convincing) whose final act is designed to earn audience approval but instead goes down about as easy as spoiled milk.

By the end, the murdered wife and daughter are all but forgotten, and Clyde Shelton's pain has been trivialized to an offensive degree. Justice may be blind, but it's got 20/20 vision when compared to this movie that stumbles around in the dark with no hope of providing illumination.