No one expected her to vote to shame the doofus from South Carolina who called President Obama a liar on national television, but you'd think she'd want us to find ways to improve transportation and fund the educations of America's children.

Though, that would be way too forward-thinking for someone whose only response to the recent news that community colleges will again allow undocumented immigrants to attend classes -- even though they have to pay exorbitant rates -- was, “Someone needs to look up the meaning of the word ‘illegal’."

In her defense, maybe she's so indoctrinated into the cult that is the "Party of No" she doesn't realize she has any other choice.

Of course, this is the same woman who claimed her Mr. Coffee told her to run for office. So, guess we shouldn't expect too much, eh? Let's just be glad her vacuum cleaner isn't telling her to bomb, bomb, bomb ... bomb, bomb Iran.

Perhaps someone should look up the word "delusional" for her? 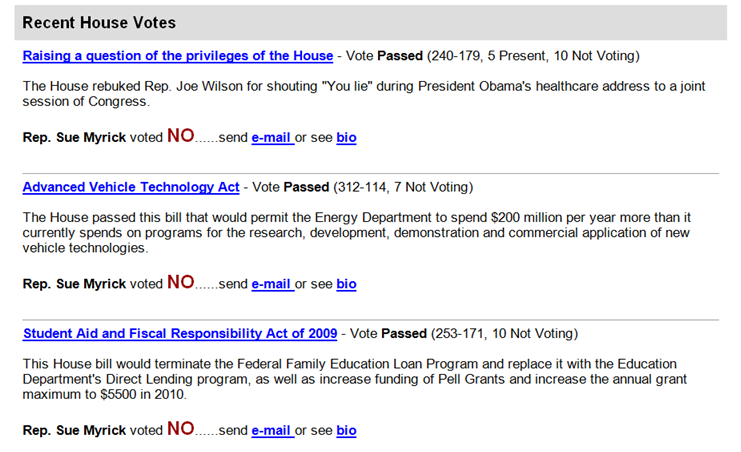 In related news, Sen. Burr likes the word "no" a whole lot also.