Rita Allison, a 69-year-old South Carolina grandmother and state representative from Lyman, SC, filed a defamation lawsuit yesterday over an anonymous letter. The letter, sent to voters in Allison’s district, suggested she had gotten a job as an adviser to Gov. Mark Sanford in return for sexual favors. Some political observers are saying the letter is a campaign stunt by Allison, although she is not up for re-election this year. Others chalk it up to the general sleaziness of SC politics. I don’t know these folks’ private business and frankly don’t care to know it, but . . . trying to put this as delicately as I can . . . the charges don’t sound believable. Why not? Check out these two photos and then you tell me. 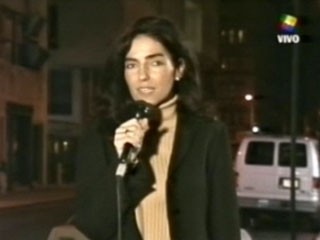