Sen. Ted Kennedy died last night of brain cancer, just as health care reform, the issue he called “the cause of my life,” is wending its way through Congress. Kennedy championed many progressive causes during his long tenure, with an admirable tenacity that earned him political power equal to at least five “regular” senators — and belied his early image as a shallow playboy.

No matter his myriad accomplishments, his memory will probably forever be tainted by the Chappaquidick scandal, after he walked away from a fatal accident in which he drove off a bridge. He escaped the car, but his passenger, Mary Jo Kopechne — whom he was driving home after a party for former Bobby Kennedy campaign workers — drowned. Kennedy called his actions that night “indefensible.” After the tragedy, he redoubled his efforts and worked for decades — often in the face of a stiff, reactionary wind — for the poor, peacemaking, civil rights, and improved health care.

Many Washington insiders have said that if Kennedy had been in the Senate during the health care reform debate, his influence and parliamentary skills would have moved the legislation along more surely than has the current Democratic leadership. Democrats have finally figured out that they won’t get any help from Republican members of Congress on health care, and are moving toward a strategy of using their strong majority to ram through reform whether the GOP likes it or not (you know, like politics has always worked in the past). I say ram it on through, even rename it the Edward Kennedy Memorial Healthcare Reform Act if that’s what it takes. Now’s the time for Kennedy’s party to refocus on the basic, underlying issue the late Senator saw so clearly: in a civilized, advanced country, decent health care is a basic human right and should be treated as such by the law. 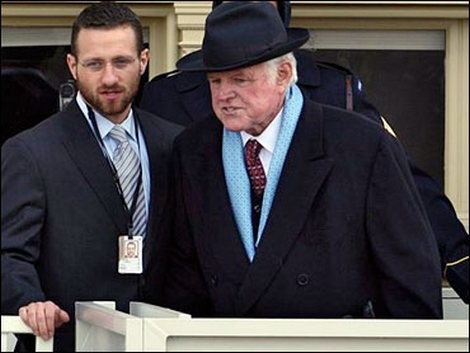