The new champ of GOP sexpocrisy!

Tennessee state senator Paul Stanley (no, not the Kiss singer/guitarist) has proudly added his name to the seemingly endless roster of horny Republican hypocrites, and then some. Stanley, a 47-year-old married father of two, announced yesterday that he’s resigning his senate seat after being blackmailed by the boyfriend of one of his interns, McKensie Morrison, 22. The boyfriend threatened to release photos of Stanley and Morrison, taken in Stanley’s apartment, unless the senator paid him $10,000. Experts in the field of political sex scandals point out that Stanley earned extra GOP Hypocrisy style points for having sex with an intern, thus adding a retro twist to his affair. In addition, he topped Pres. Clinton’s efforts in intern affairs by admitting to having actual intercourse with Morrison — no mere blowjobs for this GOP Superstud! On top of all that, Stanley has long been a strong advocate of — you guessed it — abstinence. Of course, he also opposed funding for Planned Parenthood because “unmarried people should not have sex.” And, needless to say, he sponsored a measure to ban gay couples from adopting children. A-a-a-n-d, one last thing that puts Stanley on the GOP Sex Scandal All-Star team: Morrison, the intern, is married to a man who’s serving a seven-year prison sentence in Florida. That man has now filed for divorce. 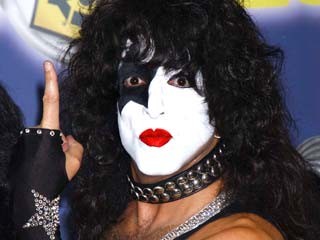