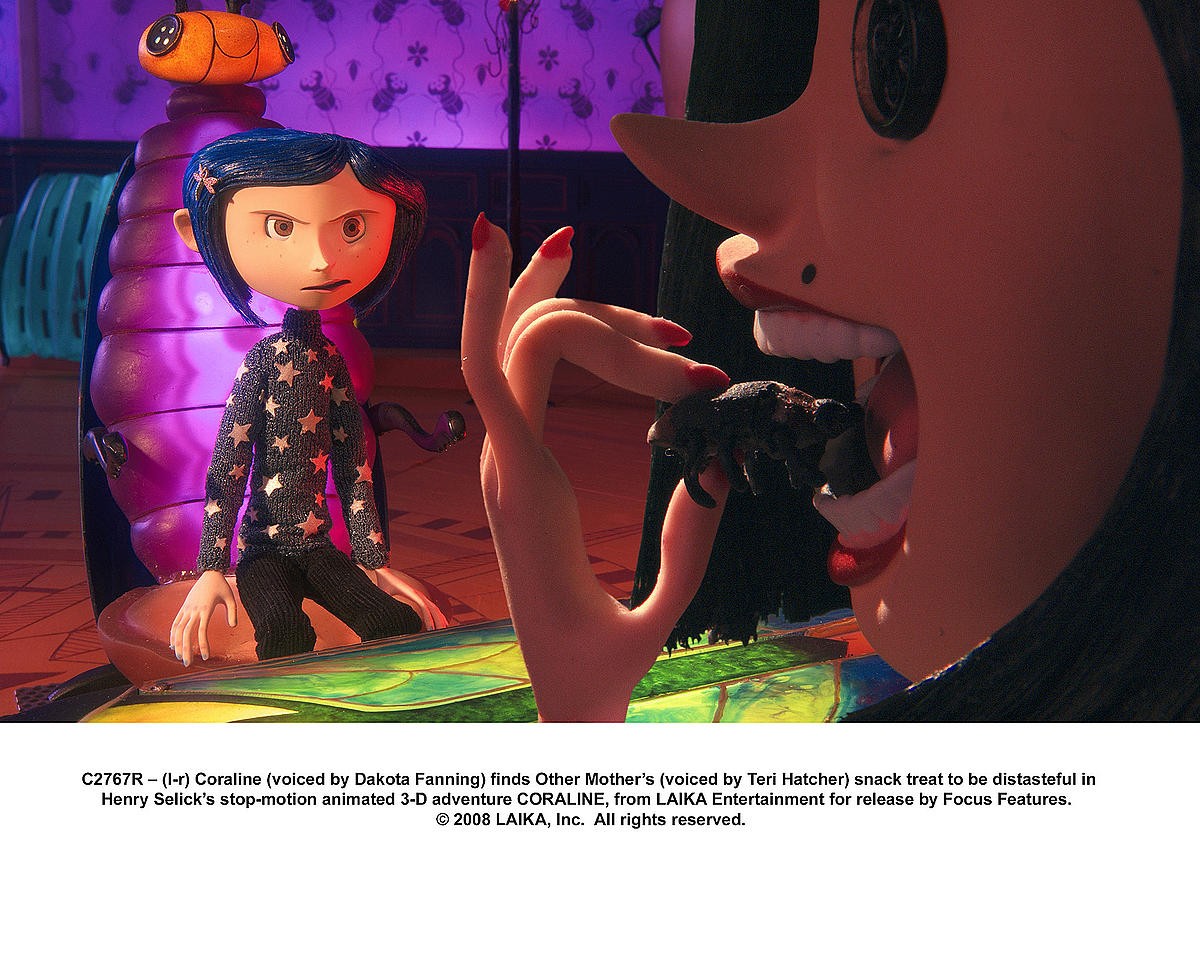 Tim Burton's The Nightmare Before Christmas was actually Henry Selick's The Nightmare Before Christmas, given that it was the latter who actually directed the film. Here, he displays his mastery again, helming an eye-popping animated extravaganza he adapted from Neil Gaiman's best-selling book. Dakota Fanning provides the voice of Coraline, a lonely little girl who discovers an alternate world hidden behind a small door in her family's new house. Initially, life does seem more pleasant on the other side — her alternate parents are hipper, the food is tastier, the entertainment is more dazzling — but it's not long before things take a dark turn, and, with the help of a sage black cat, Coraline soon finds herself fighting for her very soul. The visual scheme — as with Nightmare, stop-motion animation is the order of the day — is remarkable enough in any dimension, but do make an effort to catch the film in one of its 3-D presentations.