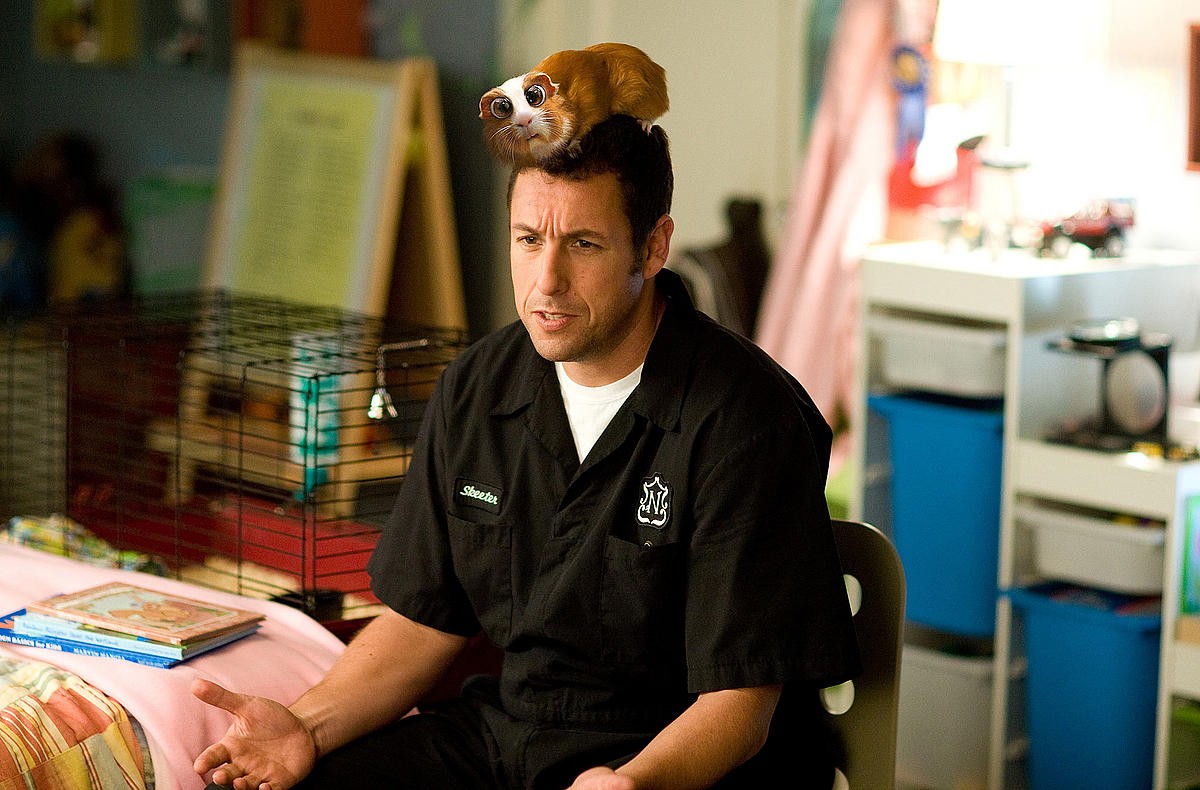 A winning formula for a successful family film gets reconfigured employing the lowest common denominator, and the result is a dismal effort that will fail with all but the most undemanding of children. As for their parents, it’s hard to imagine any of them warming up to a picture in which Adam Sandler, as lowly handyman Skeeter Bronson, bonds with his niece and nephew by telling them that he’ll always be around “like the stink on feet.”

Certainly, there’s an unpleasant odor emanating from just about every scene in this slapdash comedy, in which the aforementioned Skeeter learns that portions of the bedtime stories he spins to his sister’s (Courteney Cox) kids have a magical way of coming true. He hopes that these fantasy yarns will somehow allow him to ascend to the position of hotel manager, but for now, the tall tales result in him getting bombarded by a shower of gumballs and kicked in the shins by an angry dwarf.

The tragedy of Bedtime Stories is that several noteworthy performers find themselves whoring their talents simply to play second banana to a somnambular Sandler. Guy Pearce, with two best-of-the-year titles to his credit (L.A. Confidential and Memento), sneers relentlessly as the piece’s prissy villain. Lucy Lawless, a cult figure thanks to her years on Xena: Warrior Princess, is wasted as Pearce’s right-hand woman. Keri Russell, looking like a rising star after Waitress, goes limp as Skeeter’s colorless love interest. The most memorable supporting characters turn out to be Bugsy, a CGI-assisted guinea pig with saucer-sized eyes, and a Native American chief (Rob Schneider) who waves his hand behind his butt as he discusses “fire and wind” (get it?). Unfortunately, they’re memorable in the worst way – as symbols of a potentially interesting movie that comes crashing down as hard as that proverbial beanstalk.